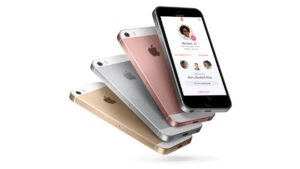 Many of us have swiped right to get a date or two over the past year on Tinder. The popular dating app has now switched its attention to doing regular social stuff, like plan parties and events with friends. The same right-swipe formula is still applicable, the only difference being, you’ll be chatting with them to hang out, and nothing else. As they laid it out:

Own the night with Tinder Social from Tinder on Vimeo.

Tinder StatementTinder Social is a new feature that enables users to create groups, meet new people and plan activities together. Using Tinder Social, connections can be made in the same way they are in the real world: with groups of friends, sharing common interests and in-person experiences.

Just in case Facebook and Twitter wasn’t enough for you, now there’s Tinder Social to give you another flavour of virtual socialising. But why do we need a dating app to go the Facebook way? That’s because Facebook is doing everything right now, except being a social networking platform.

Don’t get me wrong, Facebook still exists the way we know it, but their focus on live videos, connecting the world and getting more and more users across to WhatsApp and Instagram doesn’t feel as if they’re going to stick with one thing.

Tinder Social claims to be different from the others in the market right now, but how many of you would actually prefer going out to events with people you barely know?

The world is headed to a social platform. (Photo: imgflip)

The new avatar of Tinder feels like a mix of Tinder with friend-sourcing apps like CouchSurfing. But the fact of the matter is, neither of those have really sparkled in a country where, by and large, conservatism still exists.

It’ll be interesting to see if Tinder gets access to various events, and manages to break through as the go-to app in India for social hangouts.