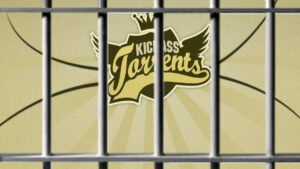 Popular torrent hosting site KickassTorrents (or kat.cr) has been shut down, after its alleged owner was arrested on charges of copyright infringement in Poland. The man in question is 30-year-old Artem Vaulin who was arrested by the Polish authorities on a request made by the US.

Vaulin has been put behind bars on multiple charges, both related to illegal piracy and distribution of authentic content worth up to $1 billion on the internet.

Kat.cr has majorly relied on transmitting its IP across various servers around the world, that has enabled most torrent hosting sites to get away from the hands of the cops.

US officials want him extradited for conspiracy to commit money laundering, according to attorneys for the US District Court for the Northern District of Illinois.

US officials alleged that Kat.cr has a net worth of more than $54 million and illegally made movies in about 28 languages available for download.

Most movie titles made available on the platform were still running shows at movie halls.

Kat.cr has been a one-stop hub for movies over the years. (Photo: Kat.cr screen grab)

Copyright infringement exacts a large toll, a very human one, on artists and businesses whose livelihood hinges on their creative inventions. Vaulin allegedly used the Internet to cause enormous harm to those artists, relying on computer servers around the world due to efforts to halt illegal file sharing.

So, it seems, torrent sites are finally bearing the brunt of working under the pretence of being a legal practise.

Over the years, sites like Torrentz.eu have shut up shop for the same reasons. Many others will be part of the cull in the foreseeable future.

The sites have thrived in countries like India due to the authorities’ neglect towards such activities. However, the current regime has gone to the extent of blocking such sites in tandem with ISPs like Airtel and BSNL among others.