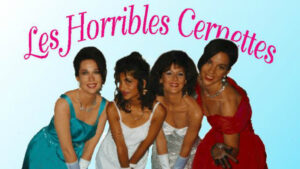 Exactly 24 years ago – on 18 July, 1992 – the first picture was uploaded on the web. The photo that captured four slickly dressed women was posted by Tim Burners Lee, the inventor of the World Wide Web.

That photograph was taken at the CERN Hardronic Festival by Silvano de Gennaro, an analyst in the Computer Science department at CERN, on 18 July, 1998. Computer scientist Burners Lee was his colleague.

It was taken as part of a “promotional” shot right before the four women took the stage during the festival.

Band member Michele de Gennaro told TheTelegraph in 2012It is quite funny that now with Facebook and blogging, that sort of picture is commonplace on the Web. It was just girls being girls. We were asked to ‘strike a pose’ and we did.

And that’s not the only first the band has to their name. The Cernettes, founded in 1990, also claims to be the “first band on the web”.

(With inputs from The Telegraph.)

HP Spectre 13 Review: It’s Got The Oohs and The Aahs