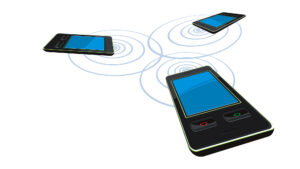 Smartphone users across the globe can feel excited by the news that Bluetooth is set for a big overhaul this year. The Bluetooth 5.0 standard is in the works, and in all probability will be available on phones by early 2017.

Bluetooth is the standard connectivity mode used on over 8.2 billion devices for transferring files, pairing with audio products to listen to music and works with good effect for NFC as well. So, like every upgrade that is announced, here’s what we expect to see with Bluetooth 5.0 soon which is right now.

Bluetooth 5.0 is expected to be four times faster than its predecessor.

According to the body which works on giving us better Bluetooth versions, the Bluetooth 5.0 is expected to be four times faster than its predecessor. Not only will the transfer speed be better, you can also expect to get version 5.0 with power to send more data across at the same time.

If these numbers turn out to be true, we can’t wait to try them in real life.

Phones will work better in tandem with ACs in the future. (Photo: Reuters)

Most tech companies have pegged Internet of Things (IoT) as the future revolution. For devices like the Amazon Echo or the Google Home, it is vital that not only we get better internet infrastructure, but the need for faster and reliable Bluetooth is also apparent. With Bluetooth 5.0, one can expect the IoT ecosystem to flourish exponentially.

With faster Bluetooth 5.0, users will be able to connect phone with speaker from a distance up to 1200 ft they say. But that’s not all, the Bluetooth pairing will also offer better frequency signals which results in better audio quality via Bluetooth, something that can be irritating on Windows & Android right now.

This will surely excite audiophiles, who can now play their favourite tracks at the highest bit-rate quality on either of Windows/Android/iOS/Mac OS platforms.

Can a faster and reliable Bluetooth 5.0 solve the malaise for connectivity on Windows 10? It better.

Three Strategies to Protect Your Social Accounts from Hackers