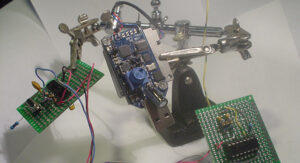 You can buy an Apple iPhone 6 using approximately 1.2 Bitcoins, a year ago it would have been 2.4 Bitcoins. Yes, the value of a single Bitcoin is around $455.

The digital currency’s value has doubled from $220 in 2015. So what is it, and how can you get it, virtually for free(pun intended)?

The video above, courtesy The Guardian, is a short but comprehensible introduction to the world of Bitcoins, It should be taken as a basic introduction, but if you seek the advanced, no-holds barred explanation, here’s the original paper by Satoshi Nakamoto, who invented Bitcoins in 2008.

Bitcoin is a kind of cryptocurrency, which is basically a digital currency produced and transacted online.

Well, the technology remains similar to buying something with virtual currency, but one advantage of Bitcoins is that the transaction remains anonymous. The identity of the sender and the recipient remains encrypted.

And that’s why it has become a trusted form of sending money online. Here’s what a transaction looks like.

A transaction where somebody sent 658 Bitcoins. That is nearly $300,000! (Photo: blockchain.info)

But Where do Bitcoins Come From?

Bitcoins don’t exist physically and are merely a string of virtual data. It can be exchanged for real cash though, and are largely legal in most countries around the world.

There’s no central authority for Bitcoins, akin to a central bank which controls currencies. Instead, programmers solve complex puzzles to approve Bitcoin transactions and get Bitcoins as a reward. This activity is called Bitcoin mining, and with some knowledge of programming codes and dollops of lust for wealth, anybody can get cracking.

How to Mine Bitcoins

This is slightly complex. Okay, very complex. But if you want to take it head on, here’s how it works:

• Get a powerful computer with the best processing power.

• Excitement for computer codes (Or bribe a geeky friend)

Got them? Now for the next step, there are many online networks which list out the latest Bitcoin transactions taking place in real time. Log on with a Bitcoin client (nudge your geeky friend), and try to verify those transactions by evaluating blocks of data, called hash. The window would look something like this:

The transactions travel through multiple systems, called nodes, which are just blocks of data. And since the data is encoded, a miner is required to check if his solutions are correct. Once the nodes get verified, a transaction becomes successful and the miner is rewarded with 25 Bitcoins (Treat your friend if he succeeds). In short, you’re acting as a bank clerk, along with multiple other bank clerks sitting online. Whosoever verifies the transaction gets rich. Simple right?

But like everything good in life there’s a catch. Miners from all over the world try to be the first to match their hash with the solution, and it takes an average of 10 minutes for the correct solution to emerge. The mathematical puzzle is designed so as to modify the difficulty level automatically. If the average time to guess the correct answer falls below 10 minutes, the puzzle becomes harder to crack, and vice versa. Also, after fixed intervals, the incentives keep getting halved until it reaches zero. Then the programmers who crack the right solutions are rewarded with just a transaction fee for their approval.

Such a closely-contested system also ensures the security wall of the Bitcoin network.

There are only 21 million Bitcoins to be minted(mined), and thus the price is bound to rise as the number of users increase. Till now, approximately 15.5 million Bitcoins have already been mined, leaving just 5.5 million more in the wild web. Which means they’ll run out soon? With growing awareness, valuation, and improving technology, mining Bitcoins is getting more difficult.

There’s a chance you may run a machine round the clock for a year, and yet find nothing, because there are so many miners fighting for the same treasure. According to Blockchain.info, the approximate number of attempts it currently takes to find the correct key is around 194,254,820,283. But according to rough estimates, there’s enough time in hand. The current prize value of mining – 25 Bitcoins – is expected to get halved to 12.5 by 2017, eventually reaching a point where there’s no more Bitcoins to be mined. This is expected to happen sometime around the year 2140.

If time is money, calculate your return on investments carefully here.