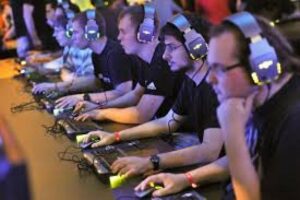 It is at surprisingly rapid speeds that technology keeps evolving with time. Do you want a proof of the speedy movement of digital technology over the last few years? If answered yes, just stop by and take a look at the gaming industry. Gone are those good old days of black-and-white 2D games like Pong which gave way to the very first 3D game, Monster Maze in the year 1981, to the lively shooters like Battlefield 3 which was created in 2011 and the MMO games in 2015, one can undoubtedly claim that the gaming industry has gone through enough technological changes. For all the gamers within the industry, it has been a roller-coaster ride, for both the hardcore types and the casual type. Majority of the gamers wonder about how games are going to turn out in the near future.

As per forecast by PWC, it has been said that the video gaming industry is predicted to grow by at least 40% from $15 billion in 2014 to $21 billion by the end of 2019. But apart from the decline in conventional gaming hardware and the switch to digital, what sort of other changes can the gamers expect? Will the biggest 3 browsers, Firefox, Google Chrome and Internet Explorer take a backseat? As there’s a wide world of alternative options with browsers which are fighting for attention with special features for the gamers, privac settings and many more. Want to know which is thebest browser for MMO games? Want to know what’s about to happen in this industry in 2016? Read on.

As the above mentioned list is not crystal ball predictions, there might be some changes as per the points. Nevertheless, you will definitely be a witness to some staggering changes to the gaming industry which will leave you spellbound.