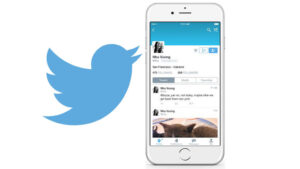 Twitter has its eyes on Japan, with its 35 million users, to make money from companies eager to use Twitter data to research retail trends, manage inventory and improve customer service.

Although tweets are public, the San Francisco-based social media company offers special technologies for better analysing them, taking into account all tweets, including those in archives, through partner companies such as NTT Data and NetBase, which pay Twitter.

Randy Almond, Twitter’s head of marketing, told reporters on Thursday the partners, in turn, get paid by companies hoping to improve their businesses using information from Twitter data. Twitter rarely gets paid directly by the brands.

Examples include monitoring consumer reactions to a new product, the demographics of users or complaints about what’s not in stock at a store. All that can be tracked by Tweets, Almond said.

Twitter says it deals properly with people’s privacy concerns, and the strength of Twitter is that the information is immediate, and all public, unlike private messages or email.

“That is something we take very seriously at Twitter,” Almond said of security issues. “we don’t surprise the user because, if we do that, then that means that you as a user may not want to use Twitter.”

Making money off online services is a challenge, and data analysis sales are one way Twitter is tackling that problem. The company, based in San Francisco, does not break down revenue for data marketing.

In the US, for instance, a coffee retailer began to offer baristas college scholarships to retain them as employees after finding out through Twitter data that loyal companies fled after their favorite baristas quit.

In Japan, tweets from regular people are getting splashed in attractive ways at huge displays at events and baseball games, using special curation technology, according to Twitter.

The number of Twitter users in Japan has grown fivefold since 2011. Japanese was the first language Twitter was offered in after English, and Japanese is the most frequently used non-English language on Twitter.

How To Conquer The Property Minefield: Buying Abroad