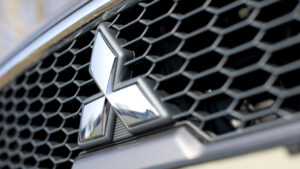 The problem was found after Nissan pointed out inconsistencies in data, the company said. Mitsubishi conducted an internal probe and found that tire pressure data was falsified to make mileage appear better than it actually was.

The wrongdoing was intentional. It is clear the falsification was done to make the mileage look better. But why they would resort to fraud to do this is still unclear.

Aikawa said that although he was unaware the irregularities were happening, “I feel responsible.”

The company said it would investigate whether data was altered for vehicles sold overseas.

Nissan said in a statement that it recently discovered discrepancies in data from Mitsubishi about light vehicles it provided while assessing the current model in preparation for its next-generation vehicle.

In response to Nissan’s request, Mitsubishi admitted that data had been intentionally manipulated in its fuel economy testing process for certification. Nissan understands and regrets the inconvenience and concern this will cause our valued customers,

According to Nissan, after consulting the Japan’s transport ministry, it told dealers to stop selling the affected vehicles. Nissan is considering ways to help owners of the cars already sold.

Mitsubishi Motors struggled for years to win back consumer trust after an auto defects scandal in the early 2000s over cover-ups of problems such as failing brakes, faulty clutches and fuel tanks prone to falling off dating back to the 1970s.

The Incident comes after German automaker Volkswagen had come clean about cheating its way through emission regulation tests.

(With inputs from AP)

In Pictures: Rolls Royce Nautical Wraith Is Inspired by a Yacht