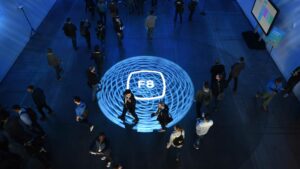 In a fresh bid to connect the world better, Facebook has announced a new research lab to build hardware products based on its software and has hired a former top Google executive to achieve its goal.

The team at the new group called “Building 8” will be led by Regina Dugan who worked at the “Advanced Technology and Projects” group at Google and was director of the US Defense Advanced Research Projects Agency (DARPA).

“I am excited to have Regina apply DARPA-style breakthrough development at the intersection of science and products to our mission,” Facebook founder and CEO Mark Zuckerberg wrote in a post on Thursday.

“This method is characterised by aggressive, fixed timelines, extensive use of partnerships with universities, small and large businesses, and clear objectives for shipping products at scale,” he added.

“Building 8” will help Facebook realise its dream to focus on connectivity, artificial intelligence and augmented reality over the next 10 years as Zuckerberg outlined to people at its annual F8 conference in San Francisco this week.

“We will be investing hundreds of people and hundreds of millions of dollars into this effort over the next few years. I’m excited to see breakthroughs on our 10 year roadmap in augmented and virtual reality, artificial intelligence, connectivity and other important areas,” he posted.

“Building 8 is an opportunity to do what I love most. Tech infused with a sense of our humanity,” Dr Dugan said in a statement.

Bringing chatbots to life, Facebook has launched an artificial intelligence (AI) bots right into its popular messaging app Messenger to allow users to interact with businesses and get updates from them.

With chatbots, an interactive software powered by AI and with human help, Messenger users can send messages to businesses just like they do to their friends and get things done.

The design specs and stitching code will be available on GitHub this summer.

Review: Asus ZenWatch 2 Is the Most Affordable Android Wear Watch