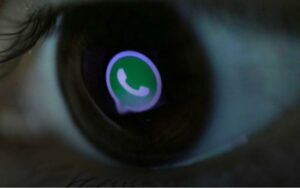 Popular social messaging platform WhatsApp has strengthened its backend with a tighter encryption setting which is now available to over one billion users across the globe. BlackBerry was renowned for its secure channels provided via BBM and its e-mail service. And now this technology will be available to all WhatsApp users.

This means that all messages sent or received by the user will only be accessible to people who are involved in the conversation. Here’s what you need to know about the feature and how it can help you from getting hacked.

Even Your Pictures, Videos are Safe Now

All your texts, files, videos sent on WhatsApp and calls made through the platform is now safe. This ensures your data is not accessed or even hacked by other users, not even WhatsApp for that matter. The encryption-enabled feature will be available for iOS, Android, Blackberry, Windows and Nokia users.

How Did WhatsApp Do It?

WhatsApp has made use of “The Signal Protocol” which has been designed by the firm Open Whisper Systems, for its encryption. The feature is available by default to people with the latest version of the app and for the time being, there’s no way to turn the feature off.

WhatsApp Always Gave You Encryption But…

Up until now the encryption support was limited to your messages. However, WhatsApp has now full-proofed your WhatsApp voice calls, videos , and pictures shared. Pretty cool and safe!

How Safe Can It Really Be?

WhatsApp claims that no one can access your data, not even WhatsApp. However, the recent FBI-Apple saga has shown us that even the iPhone can be hacked into. So, one can’t be certain if the encryption will work all the time.

Why We Love to Hate Both Apple iPhone SE and Xiaomi Mi 5!