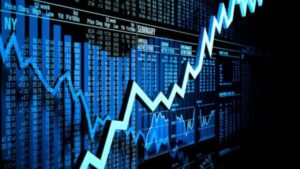 According to Bloomberg, Russian hackers infiltrated the servers of Dow Jones & Co, giving them access to unpublished secret trading news. Security sources are investigating the data breach but have not yet commented on the incident or confirmed that sensitive information had been stolen.

At least since the movie Wall Street with Michael Douglas playing the rogue trader Gordon Gekko, we all know that insider information, when trading with stocks, can earn you big money, and that is what hackers are after. A few months ago, authorities indicted a Ukrainian group of hackers and traders, who over a period of five years,  broke into the servers of leading market news agencies, and made some $100 million in trades using company’s unpublished earning releases.

Having access to secret market news, like upcoming mergers or acquisitions, will give a trader an edge over the competition, translating into large profits with a minimum risk. In the old days, sensitive information was passed on in private meetings, but now this information is stored and moved digitally. This makes financial markets more vulnerable to data theft and selling this information to a lucrative source of income for cyber-criminals.

Hackers mining for our personal information is nothing new but now they have discovered financial markets and their customers are not dubious guys in black jackets but are businessmen in pinstripe suits, who can make a lot of money with little information. Just imagine how much money someone could have made if they had known about the VW scandal before it went public.

Batman vs Superman production wrapped up and someone killed Doomsday