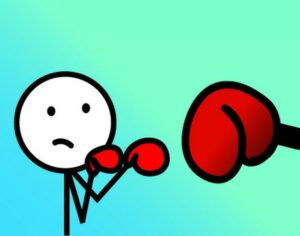 Amazon announced that it will ban the sale of Chromecast and Apple TV on its platform, starting 29 October. The online-retailer giant will not allow the sale of devices competing with its own streaming media players, Fire TV and Fire TV Stick.

You don’t often hear such open declarations of war, in an environment of political correctness and fair play. Amazon has taken off their gloves and shouldn’t be surprised if Google and Apple hit back. If the big guys decide that Android and iOS have issues with Fire TV and are not compatible anymore, then Jeff Bezos might have shot himself in the knee.

When tech giants go to war, consumers pay the bill. It is a pain, when you realize devices or formats are not compatible and that you have to spend hours going through the internet to find a workaround. If you have a good product, well designed and user friendly, it will sell, forcing customers to buy a product will sooner or later backfire. Will the CEOs of this world ever understand, that customers are not stupid?

Get your name on the Moon