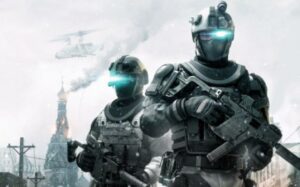 The Defence Advanced Research Projects Agency (DARPA) is hosting a forum on future technologies with the harmless name “Wait, What?”. The idea sounds great, scientists and engineers all in one room, discussing crazy ideas you would think could only exist in science-fiction movies. But I doubt that the Department of Defense is gathering so much brain power for a fun sci-fi evening, with popcorn and drinks on the house.

The main idea behind the forum is to find and attract innovation, see what geeks dream of at night. The discussed ideas range from a real-time surveillance of the whole world by carpeting the skies with satellites, to enhancing human performance with implantable chips. It would be great to have live pictures on google maps or an implant that makes learning foreign languages a breeze. The problem is, we are talking national security and military use here, not fun gimmicks for the next smartphone generation.

With a $3 billion annual budget, DARPA can practically finance any idea, as long as they see a chance of realising it. If you take a look at the numerous projects already being financed, and combine their possibilities, you get a scary picture of how future warfare could look like. But even scarier are the possibilities for civil surveillance and oppression, not  all our allies have a good relationship with their own people or neighbors.

Google has already spat in  DARPA’s soup, by gaining Boston Dynamics, the fathers of “BigDog”, and Regina Dugan, a DARPA director. If you add the company’s patent for controlling an “army” of robots to its recent acquisitions, then I don’t know where technology is safer, by the military or a private corporation that already monitors a substantial part of our lives.