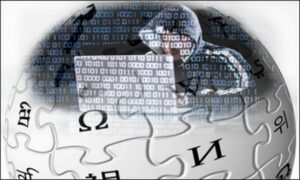 The world’s sixth most visited website, Wikipedia, is the place we all turn to when looking for answers. The online encyclopedia has been questioned for its reliability but numerous studies in diverse fields have shown it to be comparable, if not better, in information quality than classical printed sources – even for academic research.

Professor Neil Selwyn aptly said “Wikipedia is here to stay, and universities should be getting more engaged with it rather than just trying to deny its existence.”

Being a free and popular source of information, one can obviously expect politically-motivated manipulation of facts, but you might imagine it being limited to relative issues like history or biographies. Wrong!

Dr. Gene E. Likens, a renowned American ecologist, co-discovered acid rain and has been monitoring Wikipedia’s acid rain entries since 2003. As he explains, in a paper published in the journal PLOS ONE, “In the scientific community, acid rain is not a controversial topic. Its mechanics have been well understood for decades. Yet, despite having ‘semi-protected’ status to prevent anonymous changes, Wikipedia’s acid rain entry receives near-daily edits, some of which result in egregious errors and a distortion of consensus science.”

Together with Dr. Adam M. Wilson, a geographer at the University of Buffalo, Likens went through a decade’s worth of data analyzing Wikipedia edit histories for acid rain, evolution and global warming, three politically controversial scientific topics, and four non-controversial scientific topics, the standard model in physics, heliocentrism, general relativity, and continental drift.

“Wikipedia’s global warming entry sees 2-3 edits a day, with more than 100 words altered, while the standard model in physics has around 10 words changed every few weeks,” Wilson notes. “The high rate of change observed in politically controversial scientific topics makes it difficult for experts to monitor their accuracy and contribute time-consuming corrections.”

It is apparent, and alarming, that there is a constant effort to try and change “facts”, making them more compatible with preferred political or religious views. It reminds me of George Orwell’s book 1984 and The Ministry of Truth: the ministry that creates “truth” in their own sense of the word.

Wikipedia, aware of these problems, is constantly tracking down rogue or paid editors and closing down their accounts. Luckily there are enough contributors guarding the “truth”, keeping Wikipedia the reliable source of information that it is.