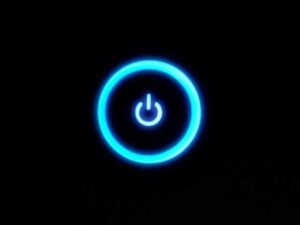 That pesky Internet. Always getting into some sort of mischief. Oh, I’m not talking about advertising, paying bills online, advertising, searching for peach cobbler recipes or advertising. It’s all that other stuff like sharing opinions, searching for a politician’s voting (or arrest) records or companies selling pressure cookers that could be turned into bombs.

Now the French government wants Google to remove all links worldwide to any ‘right to be forgotten’ requests (they aren’t asking the owners of the offending webpages to take those down – they just don’t want Google to point to them). And Hillary Clinton wants to boot ISIS off Twitter and other social media sites.

I realize it might be difficult to cleanse the Internet of all evil but we’ve got to start somewhere, so let’s combine the two ‘solutions.’ The French want their interpretation of the law to extend to all countries, so logically we should extend all interpretations of Internet badness to all countries. And since Hillary thinks ISIS is bad let’s start there.

Kicking ISIS off social media sites sounds like a good idea. Boot them off first. And obviously if we’re going to boot ISIS off the Internet then we should also include Al-Qaeda, the Taliban and Boko Haram. And then there all those other terrorist groups like Hamas, Hezbollah, Al-Shabaab, the Kurdish PKK (oh wait, they are our friends, right? Doesn’t matter. Turkey considers them terrorists too), the Palestine Liberation Front, the National Democratic Front of Bodoland, the People’s Liberation Army of Manipur, the Provisional Irish Republican Army, Saor Éire, the Tamil Nadu Liberation Army, the World Uygur Youth Congress, might as well throw in the Symbionese Liberation Army, the Weathermen, the Black Panthers, the Know Nothings, the Comité de salut public and – oh hell, Wikipedia lists over 200 groups officially designated as active terrorist organizations by some government or another so let just ask everyone to submit their own list.

(Of course, if you asked most of these groups they would also say that the U.S. government should be at the top of the list of terrorist organizations followed by the governments they are trying to overthrow.)

Obviously we should forbid organized crime from using the web. And human traffickers, Somali pirates, dog or cock fighting promoters, child pornographers and a whole range of pornography mongers for that matter since they promote acts that are illegal in various countries (including sites that show homosexual acts, show men and women kissing, show women’s backs, feet, stomachs or even faces). And, of course, we have to prohibit any depiction of Allah or Mohamad or, well, any humans or animals for that matter.

Then there are your run-of-the-mill hate groups like neo-Nazis, anti-gay, anti-black, anti-Jew, anti-whatever. And you might as well throw in environmental extremists, creationists, evolutionists, abortionists, anti-abortionists, PETA, anti-war, anti-vaccine, pretty much any religious fanatics, and…well let’s just not allow anyone with any strong opinions about anything access the web.

Next we should forbid drug traffickers and drug dealers from accessing the web. And people who post information about the manufacturing of drugs (including how to grow pot or other organic substances that might be illegal in one country or another). Of course we’ll have to forbid things like sites that explain how to brew beer or distill liquor too since those substances are frowned upon in some countries (and even in some areas of the U.S.). Oh, and the Mormons aren’t too keen on things like coffee or caffeinated soft drinks so we should block those kinds of sites too. And since some people believe cows are sacred then cattle raising and dairy sites should also be blocked. Hell, there are lots of people who don’t approve of eating any kind of meat so we’ll have to get rid of any sites that promote eating meat (or show how to prepare foods containing meat).

And…well, the list goes on and on and on. There are all sorts of groups that someone feels shouldn’t be allowed access to social media or the web so perhaps in the interest of all humanity we should simply turn off the Internet. And then we can start to reevaluate our stance on television, radio, newspapers, public speaking, letter writing, sign language, whispering, ESP and any other forms of communication that may be used for something we don’t like.

Windows 10: Execution Is At the Heart of an Amazing Strategy