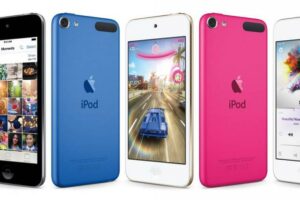 Every company makes stupid mistakes, some admittedly more than others, and Apple is (at least since the Jobs’ years) making fewer than most.  However two stand out in my mind, the Apple server and the iPod.   The server mistake is branded in my memory because when I told Apple they would need to pay Gartner a ton of money to make the server successful they tossed me out on my ear and complained I was blackmailing them even though I didn’t work for Gartner.  I’m still a bit pissed about that.  And they didn’t spend the money and the server failed.

I felt the iPod was, at least for folks like me, a better product than the iPhone.  I use my phone for work and I keep my playthings and business things separate.  For instance I’d rather have a Blackberry and an iPod than an iPhone.   Granted Jobs gave me my first iPod and it was a fond memory but even though the iPod was being replaced by phones there are still a massive number of people that don’t use iPhones who likely would be just fine having an iPod for music and a few years back Apple just pulled the plug on the product making the slow decline in demand a raging torrent (granted it was to force people to replace their iPods with iPhones and lock up the market but a lot of folks rebelled and many iPod users likely don’t even have an Apple product today).

I think Apple should be applauded for reversing this stupid decision, more for the reversal, than for the iPod itself.  Let me explain.

What I think makes a mistake stupid is that when given a chance to correct it the decision maker acts as if it was really smart in the first place, fooling no one not even themselves.  For instance when Reddit foolishly fired a woman that the volunteers loved they could have brought her back but instead forced out their CEO as well.  Microsoft’s Zune was a stupid design under marketed and it should have been a phone.  Instead of immediately saying “oops” and fixing it they acted as if it was a success underfunding it to death and by the time they brought out their phone Apple and Google effectively owned the market with the exact device configuration they were considering.

Palm had a chance to bring out an iPhone like device but they decided that no one wanted a fun phone and then rode that belief into obscurity and death even though it was pretty clear the iPhone concept was an overwhelming success.   Remember when HP had the Palm tablet?  They weren’t selling at $400, so they panicked and dropped the price to $100 and people damn near rioted as they flocked to buy them (they even had to make more of them because Best Buy was so pissed they didn’t have enough in stock).  It showed the market was very price sensitive, they could have rethought the product and the pricing to find profitable demand instead they wrote of around $1.5B and killed Palm.

Everyone makes mistakes, it amazes me how often we see companies make a mistake that they could correct and then not correct it.

In this instance Apple needs to be applauded, not for dropping the iPod, but for recognizing this was likely a more valuable market than the Apple Watch is and going back in and reestablishing it.  Ideally they should make the iPod the perfect companion offering for folks that have any other type of phone and for kids that have parents who don’t want to pay for any Smartphone.

I actually think that for many of us the better/cheaper solution would be an iPod and a nice flip phone because that form factor is far better for doing phone things and the iPod can then focus on just the multi-media stuff.

Cook and company should be applauded for recognizing that pulling support from the iPod prematurely was a foolish move and for reversing that decision.  Bad decisions can be reversed and this serves as a reminder that just because we do something stupid doesn’t mean we can’t fix the mistakes we made.   It is sure a ton smarter than pretending the stupid mistake was brilliant.   It takes guts to admit you were wrong, this decision showcases the new Apple had guts.