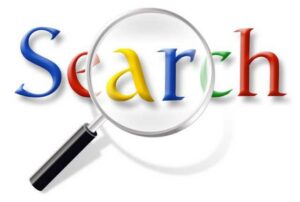 Yesterday TGDaily contributor Rob Enderle posted a story titled “Given Google’s Evil: What If Search Was a Government Service or A Regulated Utility?”

The story was inspired by a recent study commissioned by rival company Yelp that accused Google of tampering with search results, pushing its own products to the top of search results (and perhaps pushing competitor’s products lower in the results).

Apart from the fact that the study was sponsored by Yelp (who has also been accused of manipulating results, publishing false ratings and essentially blackmailing companies that don’t buy ads) it comes out just as Google is facing EU accusations that Google violated antitrust laws by abusing its dominance of online search.

Rob speculated that perhaps it was time for the government itself take over the company and turn it into a government service like the post office or make Google a regulated utility like electric companies.

I respectfully disagree with either of these ‘solutions.’

First, nationalizing Google is probably the worst idea I have ever heard. To be fair they would have to nationalize all search engines and I don’t think that’s going to happen. And if you think that Google manipulating search results is a bad thing imagine what the government would do – any government. The temptation to jigger results to fit particular political agendas would be enormous, but even worse than that would be the temptation for politicians (and the corporations that back them) to line their pockets by pushing results that benefit certain companies over others.

It would also be too tempting to suppress information that the government decides we shouldn’t have access to (if that sounds unrealistic then just take a look at how China, Turkey, North Korea, Russia and scores of other countries suppress stories on the Internet they don’t want people to see).

If the government wants to get into the search engine business they should start their own and see how well they can compete on a level playing field. (I’m betting no one would use a government search engine over Google unless they were forced to.)

Rob also pointed out that turning Google into a regulated utility has its own downsides. One problem with regulated utilities is that it gives the companies a single access point to the regulators. In other words they only have to bribe one or two politicians instead of dozens and they get whatever they want. Even Rob mentioned the ongoing fiasco here in California as more and more evidence surfaces about PG&E’s manipulation of the PUC (Public Utility Commission) that was supposed to be overseeing them.

I would add another problem, how do you regulate algorithms? What results should or shouldn’t be pushed up or down on the list based on what criteria? Who decides what is or isn’t more relevant? What activities should be restricted or allowed? Public utilities promote themselves and their products all the time (and never, ever mention competitive alternatives) so would a regulated Google still be allowed to promote their own products or not?

Finally, as Google points out over and over their search service is free. They didn’t force or even ask people to use their service. People voluntarily choose to use their service and as Google says “When you use Google, you’re looking at the world curated by Google, with all the good and bad things that come with it.” If you use a different search engine you are simply looking a world curated by someone else – not necessarily the ‘real’ world.

And as Google says, if you don’t like the way they present their search results the competition is only a click away.