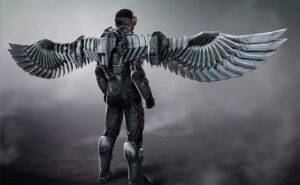 Or how to really piss off Ford, GM, Toyota, Fiat, Mercedes Benz and a host of others in 3 easy lessons.

This week was the Churchill Club’s annual meeting on big predictions and as always there were a panel of VCs who predicted things ranging from obvious to provocative with a few that suggested substance abuse issues.  There were several that involved automobiles that were interesting and together suggested they’d be pretty much gone, either as we know them, or completely by 2025.   The issue will be how much the auto companies put a fight and whether we as a nation/world focus on the number of avoidable deaths that are caused by them.  Apparently a whopping 32K people die per year in auto related deaths for the US this is equivalent to close to 8 complete Iraq wars (4,425) every year.  So at the core of the argument is that our cars are literally killing us and eventually we’ll figure that out and make a change.

End of the Auto Nation

This was perhaps the most provocative and it came from the VC that funder Uber.  Now I’m not that clear on how getting out of my own car and getting into another car driven by someone I don’t know is going to make me safer.  However a better foundation was that kids, we call them millennials, are increasingly choosing not to get driver’s licenses and instead using services like Uber to get around avoiding the insurance, maintenance, and gas costs associated with owning a car.  They are choosing instead to use that money (which I’m sure is often their parent’s money) for other things like beer.  Actually the implication was that they are using this money to by iPhones because they are now stronger status symbols and cost more than my first cars did.

The fact is cars are an expensive asset, we leave them sitting unused for around 90% of their life on average, and they represent what is likely our single biggest waste of money.  And I’m in a family of 2 folks that has 4 cars so I’m hardly on the cutting edge here myself.   But the numbers are compelling and in my head it isn’t a matter of if, just when.  And the availability of autonomous self-driving cars will be a huge part of this.

The Rise of Robocars

The prediction was that by 2020 we could no longer deny that autonomous cars were a real thing.  I don’t know about that.  There seems be no problem with lots of folks denying global warming and there is that whole “Flat Earth Society” group that has been denying the world is round for centuries, but well, like, whatever…   In any case, here in Silicon Valley they are currently battling with Tesla’s for dominance so denying they exist now has become far more difficult here.

When you combine the rise of Robocars prediction with the first one, basically you get rid of the Uber drivers and replace them with a robot that is actually qualified to drive; then things would actually get safer.  I would have felt better about this one had it not come right after a prediction that AI would be everyplace kind of like Skynet, he even used the “Skynet” name.  You know Skynet the homicidal robotic intelligence behind the whole Terminator franchise?   Suddenly I’m hoping Arnold Schwarzenegger would crash to the doors with the line “come with me if you want to live” and tell me where I could get Sylvester Stallone’s autograph.

Anyway probably just a poor choice of words (sure and I’ll keep telling myself that) the result should be a far safer environment because, unless they do become homicidal, robots don’t do all of the stupid stuff that causes most of these accidents.   I did agree with the panel that we are likely to see these things on commercial vehicles first and think that robotic taxis would be more like horizontal elevators you paid to ride on.  And given cars are just sitting over 90% of the time now, the money we are all wasting on them would be better spent.

Like riding the Hyperloop!!  Yes we had the crazy VC that invested in the Hyperloop concept on the panel.  Don’t get me wrong, I like the concept it is just that here in California we have been taking years to approve a voter validated pokey outdated misnamed high speed train that is slated to be completed sometime before the Sun burns out.  Getting something like the Hyperloop done would take an act of god.  Still with Hyperloop or any horizontal intercity high speed effort coupled with robotic cars to get you to your last destination you’d have a far better solution than we have today.   I would have been more excited with this VC but he brought out Ground Effects aircraft as new high speed replacements for freighters.  A great idea and the Russians had one in service from 1987 till the mid-1990s.  It is fun to watch the video.  The concept is interesting in that it can travel in the 400 mph range with impressive heavy lift capability.  Sadly, at least with respect to the concept, the project failed because of politics.  Personally I like the concept of large scale super blimps a bit better because they are more flexible, though nowhere near as fast, and can also fly over land.   While either would be wicked cool they would likely require a far more progressive government and even less conservative funding sources.

Wrapping Up:  Kiss Your Car Goodbye-Just Not This Decade

I have little doubt that unless something dramatic changes cars won’t be around by the end of the century.  We can’t even afford to keep the roads up.  Whether we’ll all just stay in our homes after moving to an Arcology and travel virtually by using a future generation of Oculus Rift or Hololens or popping around in robotic cars tied to Hyperloop short distance trains and supersonic long distance planes is a matter of flipping a coin (I actually think it more likely we’ll do the former because it is a ton cheaper) the arguments against continuing to own a car are compelling from safety to just practicality.  Owning a car in an age of services like Uber likely doesn’t really make that much economic sense and with pensions mostly gone that series of cars you don’t buy could become the retirement fund current generations will shortly be missing.

So while the path and the mode are unclear I agree cars are pretty much gone in most cities likely by the end of next decade.  Most of us will still have cars by the end of this one though.

Can airplanes be hacked? Probably.