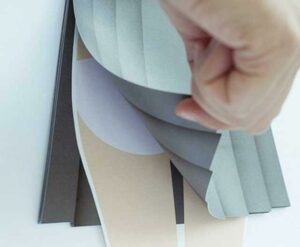 Earlier this month John Oliver, host of HBO’s Last Week Tonight, reminded people that June 1 is the date when Congress decides whether or not to reauthorize provisions in the Patriot Act (and that June 2 is Justin Long’s birthday). To top off the segment on NSA spying on U.S. citizens (and practically everyone else in the world too) John flew to Russia to interview Edward Snowden.

The interview was interesting and funny (well, mostly funny) but the things I found most interesting about the segment were the person-on-the-street interviews. They asked a number of people if they knew who Edward Snowden was and many of them had no idea. Some of them vaguely remembered the name but weren’t sure what he had done. Some of them believed he was the founder of Wikileaks, others were pretty sure he had leaked military secrets and that he was a notorious traitor. A few actually knew who he was and what he had done, but they seemed to be in the minority (of course that could have been editing).

John showed Edward some of the interview clips which was mildly amusing but when John handed Edward a photograph of his dick and asked if the NSA was collecting nude pictures of people’s junk the answer was a bit surprising.

The interesting bit was the fact that when they interviewed people on the street about whether it bothered them or not to have the NSA spying on their emails, phone calls or any other type of electronic communications, most of them said they didn’t really care one way or the other. However, when people were told the NSA was also gathering up private photographs (or more specifically photographs of their privates) just about everyone thought that was going too far. People were outraged to find out the government might be looking at their naked selfies.

Read the emails, tap the phones but don’t look at my dick pix.

I’m not sure what that says about the American public. They could care less about giving up their privacy to the government in the name of protecting us against bad guys, but they don’t want the government looking at their naughty bits.