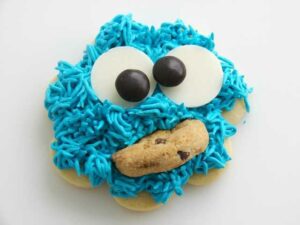 A UK Court of Appeals has dismissed Google’s request to have a case dropped over its use of use of tracking cookies in Safari browsers back in 2011 and 2012. Contrary to their claims it turns out the cookies could not be disabled by users regardless of their default privacy settings, preferences or even by opting-out.

Google contended that even though the cookies were indeed sucking information about user’s surfing habits, searches and Web activity consumers suffered no financial hardship and therefor the case, originally brought by three British users, was moot.

The court disagreed saying, “These claims raise serious issues which merit a trial. They concern what is alleged to have been the secret and blanket tracking and collation of information, often of an extremely private nature. The case relates to the anxiety and distress this intrusion upon autonomy has caused.”

UK Web users who accessed the web through Apple devices, including Macs, iPhones and iPads during the nine-month period are now free to take the company to court if they feel their privacy has been invaded.

It’s an interesting, and for Google a somewhat distressing ruling that touches on a rather sore spot for many people these days – how much information is being gathered by companies like Google, Facebook, Apple and a host of others who see bulk data as a road to building advertising revenue.

Google might contend that since people access the search engine and other Web-based tools for free, Google can do whatever they want with the information they gather (although some might also point out that Google doesn’t make it clear exactly what information they gather or what they do with it and should be more transparent). And, in this particular case, even though people specifically opted out Google still gathered info about them.

One of the things that bothers me about companies gathering data about my surfing habits or searches or GPS location is that they are essentially selling information about me without my knowledge (or sharing any of the revenue).

I wonder if people would be less inclined to accept a terms of use agreement if it said right at the top “You agree to let us gather all sorts of unspecified data about you and sell that data to unspecified third-parties for a profit and you will get none of that money.”

Dell, NVIDIA, and VMware: Cornering the Market On Personal Computers