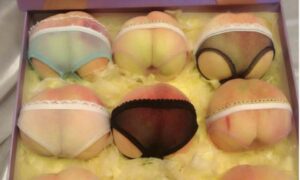 I know. This seems like click bait but isn’t any mention of the Kardashians nothing more than a desperate cry to be noticed.

However, I do really have 3 legitimate reasons to love Kim.

I have see Kim in various states of undress for a number of years. She has done some unspeakable things while naked and on camera. Yup, that’s right: she started off with a sex tape. Filthy, dirty sex tape.

She did things with Ray J on that tape that would make a pro blush but that’s okay because now she has managed to parlay that overt lack of shame or self consciousness into becoming a paragon of pulchritude and style.

So, you can keep the sexual revolution of the 60s. You can forget about the Internet’s profound influence on our lives. This girl has gone from doing it on film to becoming a heroine to millions.

No one knows how that works. No one will ever figure it out. It’s almost like a sort of mass hypnosis of a giant swath of the population of the planet.

2. Parenting has never been easier

So, I have a little girl, just the one child. Barely out of pre-school, and I used to worry about raising her and what that would mean. Not any more.

I have Kim as a role model. My little girl can do whatever the heck she wants as long as she can get some decent lighting and a good angle for that camera.

And, what’s even better is the fact that we parents can feel pretty good about pimping out our children and living off of them. Get them started early. Around the early teens and then let them loose.

Of course, I will have to learn about clubbing and stuff. My little girl is going to have to go clubbing but that’s where you the gold is buried.

Luckily I don’t live that from the Sunset Strip in LA. I can start doing some research right on my own doorstep.

It’s kind of liberating to know that your kids can be exploited for fun and profit and you don’t have to feel any guilt or remorse about it.

So far Kim’s liberated society from any moral qualms and she has reinvented parenting. I mean, that’s two big loves right there.

But, let’s save the best for last.

It’s pretty clear to me that 666 is merely a mnemonic that represents three girls with big butts. That would Kim, Khloe and Kourtney. In fact, it is also very clear that Kim is her very own apostate religious figure now.

She is worshipped more than any saint that you can name. I mean, let’s be honest, St. Francis of Assisi could walk the earth tomorrow and put out an app and it would probably come nowhere near doing the business that Kim does.

The Pope could excommunicate all Kim’s Catholic followers and it wouldn’t change a thing. It would probably mean a lot of #godloveskim support on Twitter and Instagrams of chubby girls lighting candles outside of the original location of the Dash store in Calabasas.

All this means that inevitably the Rapture is coming pretty soon. Which is a reason to love her because it is going to be really hard for people to carry on living with the realization that nothing makes sense. There is no real rhyme or reason to what is going on in the world.

Kim is an icon.

The world is just a platform for her to fly around looking for spots to take a selfie. We normal types really don’t have much reason to stick around unless we buy into this crap or can get on a show with Khloe or Kourtney.