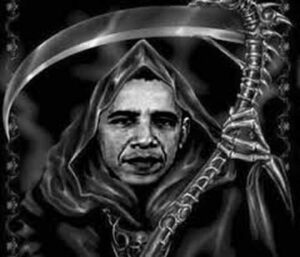 In a written/video statement today President Obama urged the FCC to consider reclassifying ISPs (cable, satellite, phone and wireless providers) as public utilities in order to enforce net neutrality rules on carriers. Unfortunately he may have dashed any hopes that the FCC would ultimately do the right thing.

Currently the U.S. has some of the most expensive yet slowest broadband Internet services in the world. This is mainly due to the fact that there is virtually no broadband competition in the majority of U.S. markets. The FCC has had little or no power to enforce any rules they may come up with and every time they have tried to punish service providers for overcharging customers, throttling, cramming, lying about ‘unlimited’ data plans and on and on the providers have pushed back in the courts claiming the FCC doesn’t have the legal right to punish them for anything.

The current debates over the FCC’s attempt to close some of those legal loopholes was a direct result of a court ruling that came about because of a Verizon appeal of a fine the FCC had levied against them. The court said the FCC had to clarify its position before the fine could be enforced.

Unfortunately, in an attempt to ease carrier’s fears about any changes the FCC might make, FCC Commissioner Tom Wheeler stated earlier this year that there might be room for ‘Internet fast lanes’ within the newly modified FCC position.

This brought on a storm of feedback to the FCC and nearly 5 million people wrote in on the issue. Today Obama threw in his two cents on the issue but he may have dashed all hopes by saying anything at all.

On the surface President Obama’s statements make perfect sense. The FCC should be given the power to oversee ISPs and step in if (when) they try any funny business.

But it really doesn’t matter what the president says or how much sense he makes because the Republican Party has a pretty firm policy in place that states ‘It doesn’t matter what he says, if President Obama is in favor of something then we will do everything in our power to make sure it doesn’t happen.’

Even something like today’s statement from the President, that really has no potential consequences since he has no power to influence the FCC, is likely to cause a Republican backlash since…well…it came from Obama and therefore, by Republican definition, he must be wrong.

I almost wish that Obama had given American’s the same choice he gave Democrats across the country who were running for elections – if they felt Obama’s endorsement of their campaign would hurt more than it might help then he simply didn’t try to help. If he had asked me last week if I thought his endorsement would help or hurt net neutrality I would have said, ‘Thanks Barack, you make some very good points that are logical and very well thought out. I really appreciate your wanting to help out here, but it would probably be best for everyone if you didn’t say anything at all.’

Despite Drummer’s Arrest, AC/DC Vow to Hit the Road

The Five Reasons Dell Beats HP in the Technology Market