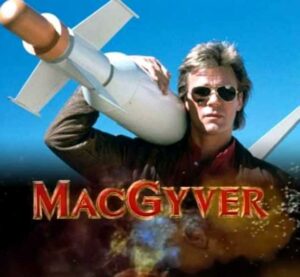 Yesterday CBS announced that they will be offering an online subscription service similar to HBO’s cord-cutting announcement earlier this week.

Both companies are hoping to cash in on the newest trend of offering content online for a monthly subscription without requiring a cable or satellite subscription.

Of course, as we’ve pointed out before, you still will need a broadband connection so either way you’re going to end up paying a cable or satellite service provider a monthly fee to stream the content.

Essentially what CBS and HBO are doing is trying to cut out the middleman – ISPs who pay the content providers a fee to carry their programming and then pass along those costs to subscribers. By offering their content online CBS gets almost the entire subscription fee directly from the customers.

The CBS service will cost $5.99 a month and offers full seasons of 15 current primetime shows with episodes available the day after they air. Subscribers will also have the ability to live-stream local CBS stations in 14 of the largest markets at launch. CBS said it would be adding more live streaming content as additional affiliates join the service.

Subscribers will also be able to catch up on full past seasons of eight current shows, including The Good Wife, Blue Bloods, and Survivor and watch special events like the Grammy Awards, Academy of Country Music Awards, and Victoria’s Secret Fashion Show when they air. There’s also more than 5,000 episodes of CBS classics like Star Trek, Cheers, MacGyver, Twin Peaks, and CSI: Miami, and you won’t have to sit through ads for any of them.

I believe this is just the beginning of content providers side-stepping the cable and satellite companies by offering subscription services online. In some cases this may work very well, however I’m not sure if paying nearly six bucks a month to watch old episodes of MacGyver or Survivor is enough.

The reason that online subscription services like Netflix and Hulu work so well is they offer thousands of movies and documentaries and specials and nearly all of them are better than just about any network television-produced sit-coms or reality shows.

Netflix and Hulu have depth while CBS and HBO have breadth. Even the most avid CBS fan only watches a handful of their shows (and you can pretty much exhaust six seasons of any show in a few days if you’re binge-watching).

So after you’ve watched every episode of the Big Bang Theory (twice) are you really going to switch over and watch all 139 episodes of Richard Dean Anderson making radios out of paperclips and chewing gum wrappers? There’s a reason they canceled those old shows.