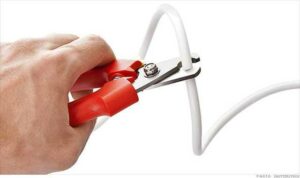 Today HBO’s CEO Richard Plepler announced that the cable network is going cable-less sometime next year and begin to offer an online only streaming service.

Time Warner’s HBO already offers their HBO Go service that lets fans watch HBO content on any Internet-connected device…as long as they already have a cable subscription. But the new service doesn’t require anything but a broadband connection (which pretty much amounts to the same thing as having a cable subscription).

According to a Forbes article written by Dorothy Pomerantz:

The move is sure to anger the cable industry that has used HBO Go as a bulwark against cord cutting.

Watch to see how the cable companies react. They’ll want to punish Time Warner in some way for this move but it’s unclear how much leverage they’ll have. It’s not like they can stop offering the channel to their customers or refuse to pay HBO’s rates to carry the network. Cable companies could strike back at Time Warner’s smaller networks and refuse to carry new channels that Time Warner wants to nurture. It’s going to be an interesting fight to watch.

The question now becomes how dirty are the cable companies willing to fight. Will Comcast start throttling the HBO service if it’s delivered over the Internet and yet maintain speeds if people access the same content through Comcast’s HBO on demand?

It will also be interesting to see if other content providers like ESPN try taking the same route. As the Forbes article mentioned, according to estimates from Janney Capital analyst Tony Wible, “for every 10 million subscribers who convert to a web-only service, Time Warner could collect $600 million in revenue with $480 million going to the bottom line.”

I can envision a day when all channels are available in a pick-and-choose over the ether buffet and you only subscribe to the channels you want rather than buying a package from the cable company. Today the cable and satellite company offerings are still a pretty good deal for basic and lower-tier subscriptions. You can typically get channels for about $1.00 each (if you don’t mind letting the cable company pick them for you). And even if you add in the premium channels and packages you are still getting everything for about a buck a channel. If every channel was offered ‘a la carte’ at say $6.00 per month then the same 100 channels you get on cable or satellite would cost $600.

Then again, how many of those 100 channels do you really watch? I bet most people only watch a dozen different channels (although they will watch dozens of different movies, which is what makes Netflix and Hulu slightly different animals). I seriously doubt that people will drop Netflix if they subscribe to HBO’s new service.

Maybe someone will come along with an aggregation service that lets you pick a dozen or so channels at a reduced rate. It will be curious to see how the content versus carrier battles play out in the coming years.

Christian Bale Back in Play to Play Steve Jobs