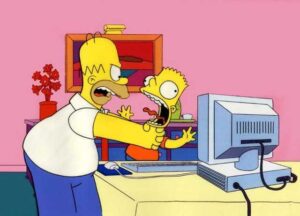 Verizon has announced that beginning in October they plan to slow connection speeds for some of its subscribers based on the type of plan they have.

Verizon claims that the plan is part of its network management strategy. “What we announced last week was a highly targeted and very limited network optimization effort, only targeting cell sites experiencing high demand,” Verizon said in a statement. “The purpose is to ensure there is capacity for everyone in those limited circumstances, and that high users don’t limit capacity for others.”

FCC Chairman Tom Wheeler was not pleased by the announcement and sent a letter to Verizon asking for an explanation as to why the company seems to be singling out subscribers with older, unlimited data plans.

“‘Reasonable network management’ concerns the technical management of your network; it is not a loophole designed to enhance your revenue streams,” Wheeler wrote. “It is disturbing to me that Verizon Wireless would base its ‘network management’ on distinctions among its customers’ data plans, rather than on network architecture or technology.”

Wheeler wrote that network management typically deals with measures to ensure a network’s security, curb harmful traffic, provide services such as parental controls or mitigate the effects of congestion on the network.

“I know of no past commission statement that would treat as ‘reasonable network management’ a decision to slow traffic to a user who has paid, after all, for ‘unlimited’ service,” he wrote.

Wheeler also asked why Verizon is extending speed reductions from its older 3G network to the speedier 4G LTE, and how this policy is consistent with rules that prohibit Verizon from denying, limiting or restricting users’ ability to download or access content.

Verizon said it would respond to Wheeler’s letter more fully once it has received and reviewed it.

You have to wonder what the hell is going on over at Verizon headquarters. Are they purposely trying to piss people off? There has been an ongoing war of words between Verizon and Netflix and Level 3 (one of the connection providers that Netflix uses to send data to Verizon subscribers). Verizon keeps claiming that there is no congestion on their end (yet plans to throttle users because of congestion) and that it is Netflix’ fault for intentionally choosing poor transit providers.

In a blog post, Level3 VP of Content and Media Mark Taylor said, “This congestion only takes place between Verizon and network providers chosen by Netflix. The providers that Netflix does not use do not experience the same problem. Why is that? Could it be that Verizon does not want its customers to actually use the higher-speed services it sells to them? Could it be that Verizon wants to extract a pound of flesh from its competitors, using the monopoly it has over the only connection to its end-users to raise its competitors’ costs?”

Apparently Verizon wants Netflix to pay extra, Level 3 to pay extra, customers to pay extra and just about anyone else they can get to pay them extra and they are willing to punish any and all parties including their own customers.