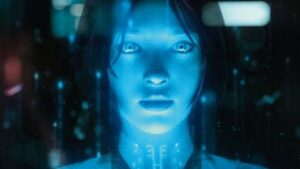 Microsoft and Smarthome have been quietly working behind the scenes to create something a little bit amazing.  They are combining Microsoft’s new Cortana voice interface with the market leading Insteon Smarthome line (which is what I have in my own home) to create a next generation Smarthome experience.   This is actually pretty amazing and a bit unexpected so soon because the two firms just announced an initial relationship which suggested advancements like this were months to years away.  Well apparently we are operating at warp speed because months and years translated into days this time.

Cortana comes out of the Microsoft Halo game series and for those of us who love Halo we have a little misplaced lust for Cortana.  In the game she is what holds the story line together, helps you navigate through the story line and kind of holds your hand through the scary parts (and with Halo there are a number of scary parts).

On the Windows Phone platform she is Microsoft’s answer to Apple’s Siri, far smarter and more capable she is actually able to anticipate problems by watching your activity and acting somewhat independently like deciding to notify you if your airline is running late based on scanning your email and seeing an itinerary.  I’ve been using Cortana for several weeks now and can’t figure out what I’d do without her.

This is the most advanced home automation system I’ve been able to find.  Working both off wire-line and grid wireless communication protocol’s I’ve found this system to be far more reliable and complete than the alternatives which is why I have it in my own home.  It can be expanded from switches and controls for appliances and lights to heating/cooling, door locks, security cameras, and a variety of sensors for both light activation and security.  It is truly capable of running your home both if you are in it and if you are remote.

What the two bring to the market together is an ability to control all of the Insteon stuff by asking Cortana to take care of it for you.  Everything from immediately turning stuff off and or otherwise controlling it to scheduling future events.  You just ask Cortana to take care of it and it gets done.   If you recall Star Trek Next Generation that was kind of how the Star Ship Enterprise works and that computer had a female voice as well.  You can now have the Starship home and while there has been voice command in the home automation space for some time it mostly sucked and was a bitch to install and get to work (particularly if your spouse was laughing at you while things you didn’t intend happened, not that this has ever happened to me mind you).

Cortana is a decade or more advanced than what has been in this segment so far and short of movies and perhaps a custom system in Bill Gates house which cost millions she is the most advanced digital assistant made available to home automation.

Wrapping Up:  The True Smarthouse

Personally I don’t think a house or anything else is that smart until you can actually talk to it and have it respond to your requests.  Notice I didn’t say “obey” that is because digital assistants like Cortana are getting smarter all the time and given they have a female personality I’m pretty sure that eventually that “obey” thing will come back to bight me in the butt.   So I’m thinking ahead and I’m seriously excited that my own Smarthouse will be getting a whole lot smarter shortly.

I still can’t believe this happened as fast as it did.   Remember this date, Thursday July 16th the day Cortana stepped in and Smarthomes truly began to get smart.   Now if they could just get her holographic image to work properly…