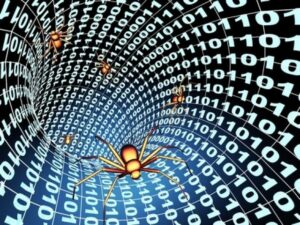 Technology news website CNET has fallen prey to an attack by the Russian hacker group w0rm who attempted to ransom the personal data of more than one million users.

The cybercriminals managed to steal usernames, encrypted passwords and emails from CNET’s readers and eventually informed the publication of what they had done via Twitter’s direct message service.

According to a spokeswoman for CBS Interactive (who owns CNET) the issue had been “identified” and “resolved.”

She added that w0rm had offered to sell the database back to CNET for 1 Bitcoin, which works out at around $621. However, the spokeswoman intimated that the attack was not money motivated, and was instead a ploy to gain attention and “nothing more.”

Meanwhile, according to the BBC a representative of w0rm claimed that it launched the attack on CNET to improve the overall security on the Internet. The group has also boasted of successfully hacking the BBC, Adobe and the Bank of America’s websites in the past.

By committing such high profile cybercrimes, the group argues, it raises awareness of deep-rooted security issues on the web.

“[W]e are driven to make the Internet a better and safer [place] rather than a desire to protect copyright,” the representative said in a Twitter exchange with CNET.

Blu-ray vs tape: Which storage technology is best for your business?