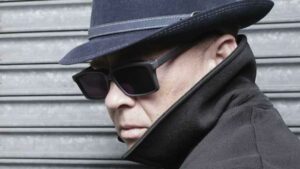 The U.S. Supreme Court has rejected Google’s appeal that it did nothing wrong when it used Street View cars to tap into unsecured Wi-Fi networks.

Apparently Google’s vehicles collected data being transmitted over wireless networks as they mapped streets for Street View. If a network wasn’t secured, the company picked up the content of any communications traveling through it. Google apologized for doing this, said the information wasn’t used to create any products or services and has stopped the practice.

Back in 2010 John M. Simpson, consumer advocate with Consumer Watchdog a nonpartisan, nonprofit group urged state attorneys general to investigate Google’s snooping. “While the activity is likely a violation of federal laws, we believe there is a good possibility it also broke state wiretap, privacy and unfair business practices laws in many cases,” he wrote. “We call on each attorney general to investigate the extent to which this is the case in his or her jurisdiction.

“Google’s claim that its intrusive behavior was by ‘mistake’ stretches all credulity. In fact, Google has demonstrated a history of pushing the envelope and then apologizing when its overreach is discovered. Given its recent record of privacy abuses, there is absolutely no reason to trust anything the Internet giant claims about its data collection policies.”

Last year, after an investigation by the FCC, Google reached a settlement with attorneys general of 38 states and agreement to pay $7 million in fines. But that didn’t rule out lawsuits from private citizens such as Benjamin Joffe who filed suit against Google in 2010, claiming that the company collected personal passwords, credit card numbers, and e-mails. The Supreme Court’s actions today let stand the decision of a lower court rejecting Google’s argument that unencrypted information floating around on wireless networks was fair game, and now the Joffe suit can go forward.

Joffe’s attorney says now they can continue the discovery process and seek more information about what Google did and what it intended to do with the information.

Collecting data from unsecured Wi-Fi networks isn’t something that happens accidentally. You’ve got to have some reasonably sophisticated gear specifically designed to search for and tap into any Wi-Fi network. So somebody at Google had to plan, get budget approval and install the equipment in the Street View cars.

Taking panoramic pictures of people’s houses or even satellite images is one thing, tapping into their Wi-Fi networks is a completely different kettle of fish.