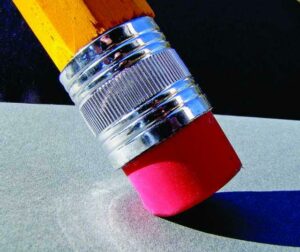 Google has begun to comply with a European Court of Justice ruling last May to erase links to sites that contain “inadequate, irrelevant or outdated” information about an individual.

“This week we’re starting to take action on removals requests that we’ve received,” a Google spokesman said on Thursday. “This is a new process for us. Each request has to be assessed individually and we’re working as quickly as possible to get through the queue.”

The ruling puzzled many people around the world since it put the burden of cleaning up people’s past on search engine operators rather than on the sites that actually contain the offending information. It’s a bit like removing the card in a library’s card catalog but leaving the book on the shelves.

Google has not disclosed exactly how many requests to be forgotten they have received although it has been suggested that there are probably tens of thousands of requests to date.

The form on Google’s European sites to have links removed is fairly simple, but it comes with a few caveats. The most important being that a copy of a valid photo ID must be attached. Anyone can make takedown requests on behalf of others, but the photo ID of the target individual must always be attached.

Requestors have to provide their name and e-mail address, the country whose law applies to the request, the name of the person featured in the relevant search results, a list of every URL they want taken down and, of course, an explanation for the takedown. As Google notes in the form, the EU ruling only relates to information in its index that is “inadequate, irrelevant or no longer relevant, or excessive in relation to the purposes for which they were processed.”

Google also points out that if a request is denied people have the option to appeal to their national data protection authority, which could be a subtle way of bouncing the burden back to the legal systems that placed Google in the position of having to hire more people to handle the requests. I’m sure that if a data protection authority overturned any denied requests Google wouldn’t bother to fight.

Google Cardboard: VR on the cheap (and it’s recyclable)

British ICO reminds wearable users to abide by the laws