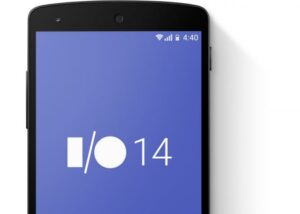 While there were some interesting dramatic events tied to protesters who just watched Transcendence or Terminator and were convinced Google was creating a race ending killer robots much of what was announced raised the bar substantially for mobile devices, TVs, Cars, and even PCs.  It is fascinating to watch Google connect the dots and this year’s I/O was all about Google stuff working better with other Google stuff and they even stepped up their security efforts.   Let’s talk about some of the more interesting components.

If there was ever a sign that Google was trying to really break the old gaming paradigms it was at I/O.  Using NVIDIA’s new K1 platform which is presented as closing on console and PC level performance (short of the high end of course) they argued they would shortly be able to provide very high performance games on mobile devices and push those games to TVs for shared experience.  NVIDIA has been making this part of their core message for some time on mobile and Google massively validated that effort at the event.   Coupled with the release that they are bushing around $5B to app developers a year, many of them game developers, they made a solid case that mobile will be where it is happening.

Another area getting a huge push was automotive and the list of car manufacturers that are embracing Google’s platform is impressive.  They again called out NVIDIA as one of the core car hardware technology providers behind this effort and the only miss key was Jaguar wasn’t on the list (I own two Jaguars).   Unfortunately much of this capability will require you buy a new car but there is some good news because Alpine, Pioneer, and Clarion were on the list suggesting you’ll be able to upgrade your old car with a receiver from one of these firms.   Sadly I have a new Kenwood in my tech showcase car and apparently Kenwood missed a meeting.  But since this would require a new receiver anyway I’m not too upset.

Google TV and Chromecast have made massive strides based on the presentations at Google I/O.  Google in particular should be attractive for those that are thinking of cutting the chord and again NVIDIA’s K1 platform was showcased as the power behind the TV efforts (the Game demo used their technology on stage).  Voice and physical controls were from Google Smartphones, Smartwatches and Tablets ironically mirroring the vision Bill Gates seemed to have in his last talk at CES over a decade ago.  Google clearly wants to be at the forefront of the big move away from traditional TV and to a more on-demand future of entertainment.

The secret winner here appears to be Lenovo because the product that the developers were most excited about was the Moto 360 watch from Motorola which did the best job of blending traditional watch capability with this new digital world.  Google sold this unit to Lenovo some time ago and this effort could be a huge beach head for them in this new hot segment.   They demonstrated a rich connection between the Android phones and these new watches providing notices, simple functions, and remote application viewing which appeared much more convenient than on a watch.   A cool security feature was that the watch was authenticated the user on the Android phone so they didn’t have to use a pin code on that phone while wearing it.  This got a huge positive response from the crowd.

Wrapping Up:  Just the Highlights

This was an impressive showcase of Google capability even the presentations were done in an Apple like fashion which focused the audience on the feature or device and not on word oriented power point slides or obscure technologies.   Whoever prepped the speakers did very nice work and likely learned at Apple.  In the end Google plans to be a far bigger part of your life and to compete other vendors, and particularly Apple (who clearly was the target of much of what Google presented) will need to up their game significantly.