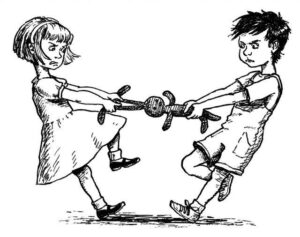 Comcast began activating the equivalent of ‘guest mode’ on Arris Touchstone Telephony Wireless Gateway Modems that the company has been supplying to newer customers effectively turning the routers into local WiFi hotspots. The hotspots can be accessed by any other Comcast broadband customer for an unlimited amount of time.

Comcast has been doing this for a while and plans to activate over 8 million xfinitywifi hotspots across the country by the end of the year.

There are lots of tricky bits here and Comcast is being a bit vague about some of the details.

First off, this is an ‘opt out’ situation. Customers have to specifically request that they not share their bandwidth with strangers. Comcast claims that sharing will not impact subscriber’s broadband speeds or use up their allotted amount of bandwidth (assuming they are a fixed tier plan).

According to Comcast’s WiFi FAQ page, “This XFINITY WiFi service is completely separate from your secure WiFi home network,” and “The broadband connection to your home will be unaffected by the XFINITY WiFifeature.” However they go on to say, “Your in-home WiFi network, as well as XFINITY WiFi, use shared spectrum, and as with any shared medium there can be some impact as more devices share WiFi. We have provisioned the XFINITY WiFi feature to support robust usage, and therefore, we anticipate minimal impact to the in-home WiFi network.”

So which is it? The broadband connection to the home ‘will be unaffected’ or ‘there can be some impact as more devices share WiFi?’ You can’t have it both ways. And I’m pretty sure that Comcast’s rationalization for charging Netflix a special fee for delivering content was because they were causing so much network congestion. Did Comcast suddenly find extra bandwidth somewhere that they can use for xfinitywifi but can’t use to clear up network congestion for some reason?

There is also another interesting bit on their FAQ regarding people who are not Comcast customers. Apparently anyone can access these hotspots.

And if strangers want to pay to log onto your network they can, “Use XFINITY WiFi for an hour, a day or a week by purchasing an XFINITY WiFi Access Pass.”

XSS vulnerability in TweetDeck gets a fix