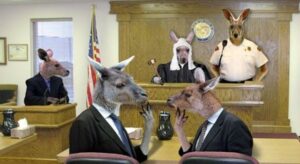 Microsoft is fighting a subpoena to turn over emails stored in Ireland. The company contends, “Congress has not authorized the issuance of warrants that reach outside U.S. territory.”

Last December an undisclosed U.S. agency filed a search warrant related to a criminal investigation seeking data stored in a Microsoft data center in Ireland. Microsoft balked at the request and filed an objection based on the idea that if U.S. courts could grant domestic investigators search warrants to access information stored overseas, it “would violate international law and treaties, and reduce the privacy protection of everyone on the planet.”

In April, U.S. Magistrate Judge James Francis rejected Microsoft’s request, ruling that e-mail providers – including Microsoft and Google – must comply with valid warrants from the U.S. government that require that they turn over any e-mails or customer information stored overseas. Otherwise, the federal judge wrote in his ruling, “the burden on the government would be substantial, and law enforcement efforts would be seriously impeded.”

In other words even the government doesn’t want to have to abide by international laws and treaties in order to access information legally.

Microsoft filed a new objection in the U.S. District Court for the Southern District of New York, asking the court to dismiss Judge Francis’s ruling and quash the December search warrant. Oral arguments in the case are scheduled to be heard July 31.

There are a lot of other people stepping up to back Microsoft on this one.

On June 10 Verizon attorney Michael Vatis filed a friend of the court brief in support of Microsoft, warning the court that giving the U.S. government carte blanche access to data stored by U.S. businesses abroad would have profound implications for cloud computing.

“If the court were to permit the U.S. government to obtain, in a manner contrary to both U.S. and foreign law, customer data stored abroad, it would have an enormous detrimental impact on the international business of American companies, on international relations, and on privacy,” Vatis wrote.

“We’re concerned about governmental attempts to use search warrants to force companies to turn over the contents of non-U.S. customer communications that are stored exclusively outside the United States,” he said. “The U.S. government wouldn’t stand for other governments seeking to serve search warrants within American borders to seize the content of U.S. citizens’ e-mails without going through U.S. legal process. Why should it expect other governments to react any differently?”

I tend to agree with Microsoft on this one. If the U.S. courts don’t want to abide by international laws then they should urge the government to strike new deals with our international partners that would make it easier for courts to share information legally – not force a third-party provider like Microsoft to break the law for them.