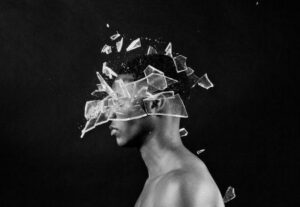 The Alamo Drafthouse movie theater chain has banned the wearing of Google Glass devices in their theaters.

The Alamo Drafthouse consists of some 15 theaters with more under construction and even though they have embraced technology they have also taken a hard stand when it comes to people texting or chatting on their smartphones while movies are playing.

They even came out with a tongue-in-cheek PSA warning movie goers of their no texting policies. In the PSA they ‘textify’ a recording that was left on their voice mail by an irate patron who was asked to leave because she was texting. The woman’s rambling rant is filled with obscenities and poor grammar, which doesn’t do much to advance her cause and at the end she says she is never going to come back to an Alamo Drafthouse theater ever again. The PSA ends with the words, “Thanks for not coming back to the Alamo, texter!”

On Monday, Alamo’s CEO Tim League sent out a tweet saying “Google Glass is officially banned from Drafthouse auditoriums once lights dim for trailers.” In an interview he went on to say, “Google Glass did some early demos here in Austin and I tried them out personally. At that time, I recognized the potential piracy problem that they present for cinemas. I decided to put off a decision until we started seeing them in the theater, and that started happening this month.

“I realize that technology may change and this type of device may eventually become widely adopted and even replace traditional glasses.” League pointed out that the big issue for him is whether the Glass is turned on or off, something that isn’t immediately obvious to the casual observer.

As others have pointed out Google Glass is probably not the ideal way to make an illegal copy of a movie so that’s not really the issue here. It is more about etiquette and respecting others around you.

Many people feel uncomfortable when they notice someone looking at them with Google Glasses on. They can’t tell if the person is taking pictures or recording a video or exactly what information they are sucking from the net about them.

A new Alamo Drafthouse is due to open in San Francisco later this year, near the epicenter of the Google Glass introduction, and it will be interesting to see what happens when dozens of people start showing up wearing the devices. As one pundit said “Who would be surprised if some freedom-fighting Glass-wearer might stage a protest? And who would be surprised if the Alamo Drafthouse recorded that protest and used it for another brilliant PSA?”