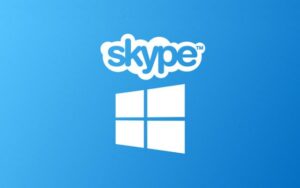 Finally Microsoft discovered a way to get their technologies out of their labs and useful.

For people around the world , the need for spending countless hours learning a new language may soon disappear.

“It is early days for this technology, but the Star Trek vision for a Universal Translator isn’t a galaxy away, and its potential is every bit as exciting as those Star Trek examples,” Pall wrote in a blog post.

This new generation translator will be translating everything that users type or utter, The current Skype translator supports about 40 languages

Gurdeep Pall, corporate vice president of Skype said that the latest feature was a result of “decades of work”.

“We’ve invested in speech recognition, automatic translation and machine learning technologies for more than a decade, and now they’re emerging as important components in this more personal computing era,” he said….

This could also influence Apple and google to add a similar feature to FaceTime and Hangouts respectively.

Imagine near future technologies to bridge language boundaries, you can communicate with anybody , anywhere in the world.

However one of the key things that Microsoft needs to work on is how to use the massive amount of conversations taking place on Skype to improve translation. Being able to use the real language that people speak would help the translation engine get significantly improved, but also causes huge potential privacy issues.

“Every piece of technology was there, but it’s never been put together,” Microsoft VP Gurdeep Singh Pall told Re/code.

You’re over 50: just right for entrepreneurship

iPhone apps to get Bitcoin friendly