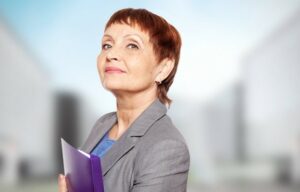 It seems that as some people are getting older they are digging into their the retirement savings to draw funding for their entrepreneurial ambitions.

Jim Butenschoen, left the IT industry to start a hair-design academy in Arkansas. Randal Smith, exited the corporate world to open an optical retail business in Missouri with his wife.

Contrary to popular belief, entrepreneurship isn’t just for 20-year-old kids writing code in their college-dorm rooms. According to the Kauffman Index of Entrepreneurial Activity: In 2012, almost a quarter of new businesses were started by entrepreneurs 55 and older, a spike from 14 percent in 1996.

The young may have the stamina and the ability to burn the midnight oil living on takeout pizza, but it is the older entrepreneur who brings sagacity, wisdom and advantages of broad experiences from years of working in the trenches.

It is also likely that older entrepreneurs have more accessible management experiences and larger professional networks. A MetLife Foundation report in 2011 surveyed baby boomers and over 25 percent said that they hoped to start a business or nonprofit within five to ten years.

Microsoft got home automation about 15 years before Apple

Communicate with anybody without language barriers via Skype translator