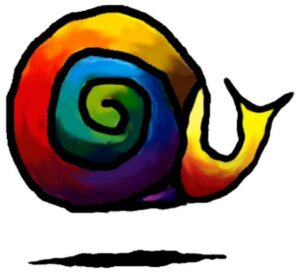 How fast is broadband? For years ISPs and other companies have been playing fast and loose with their definitions of broadband, and while there is an official definition the FCC is circulating an internal document that may bump the minimum up- and download speeds required to call yourself broadband.

Last Friday the FCC started circulating an internal inquiry discussing whether they should officially raise the up- and download minimum speeds for broadband. The current minimum download speed for broadband is 4 megabits per second and upload speeds of 1 Mbps. The FCC is toying with the idea of raising those numbers up to between 10 Mbps to 25 Mbps for download and 2.9 Mbps for upload.

The inquiry will make its run through the FCC for a while before it is officially presented to the public for comment.

It might not seem like simply changing the definition of broadband would actually improve broadband speeds – in fact it would raise the number of Americans who can’t get broadband service up from the current figure of 6%.

It would however give the FCC a bit more clout if and when they decide to take ISPs to task for not delivering on their promises or dragging their feet.

According to an article in the Washington Post, “If the FCC does put a more stringent definition on what is considered broadband, it could indirectly affect other ongoing policy debates. The FCC has the authority to regulate Internet providers if it believes that the rollout of Internet infrastructure is being impeded. Under a higher standard for broadband, the commission could argue that an ISP isn’t working fast enough to upgrade its networks, and intervene.”

Considering that watching an HD movie on Netflix requires roughly 5Mbps while other people in the household might be trying to do something else over that same broadband connection it seems obvious that 4Mbps just isn’t going to cut it. But somehow I doubt that the FCC is going to start tracking down companies who call their service broadband when technically it doesn’t meet the minimum specifications.

For example, for years now all sorts of wireless transmission technologies have claimed to be broadband when they were far from meeting even the current definitions. When you start weighing down systems with multiple subscribers on a single line or combining DSL for upload with satellite for download things start to get even murkier. Subscribers in one part of a city may get much slower broadband than subscribers in another part of the city using the same ISP.

But bringing the definition of broadband up to reflect the current state of connectivity is certainly a good start.