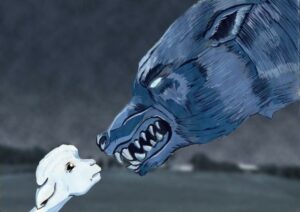 This morning the FCC decided to approve a controversial proposal on net neutrality which now goes into a four-month period where it is open to public comment. I’m sure they are going to get a boat-load of public comments – and you can bet most of them won’t be polite.

It’s sort of ironic that it was George Orwell (the author of 1984) who wrote in his book Animal House, “All animals are equal but some animals are more equal than others.” Apparently the FCC didn’t get the joke.

Translation: “I believe it is in my best political interest to at least tell people that I support an open Internet and let everyone assume I’m talking about protecting the interests of consumers when in fact I’m protecting the interests of broadband service providers. And when I said ‘the ability to ensure an open Internet is a matter of dispute,’ what I really meant was two of our commissioners (namely Republicans Ajit Pai and Michael O’Rielly) didn’t want to buy in on my plans.”

It’s a bit like saying ‘as a wolf I will do everything in my power to ensure the safety of these sheep, but I am, after all a wolf and therefore my ability to ensure their safety is a matter of dispute.’

But even if we believe that chairman Tom Wheeler is acting on behalf of the public rather than on behalf of the Internet providers he could have meant that ‘the FCC’s ability to ensure an open Internet is a matter of dispute’ actually meant the FCC isn’t legally empowered to ensure anything.

So maybe the FCC doesn’t even have the power to suggest guidelines (or at least the legal power to enforce them).

It’s interesting to note that in accordance with Telecommunications Act of 1996 and subsequent amendments the FCC outlined six specific goals for itself and one of them included broadband.

In 2008 FCC chairman Kevin J. Martin said that Internet providers, and indeed all communications companies, could not prevent customers from using their networks the way they see fit unless there is a good reason.

We’ll just have to wait and see what the FCC considers ‘a good reason.’

You just can’t escape some vampires