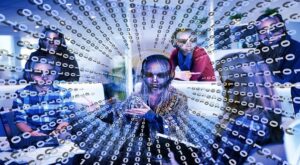 Every week, whether in the press or blog posts, social media, and around our surroundings, we read or hear about artificial intelligence (AI) and its relationship with employment – and majority of that content tends to paint a negative relationship between these two subjects.

If it’s not Mark Zuckerberg advising tech giants to stop blowing AI dangers out of proportion, it is Elon Musk warning governments to regulate the sector before it gets out of hand or Vladimir Putin giving leadership to any country that leads in AI. But to the ordinary employee, the advancement of AI technology could pose a very big threat or an opportunity.

Recently an article by Venture Beat showed that automating jobs (via Artificial Intelligence) would replace 800,000 jobs, but at the same time create 3.5 million new jobs. With this forecast, you don’t have to be a math genius to become a defender of artificial intelligence.

Yes, but in the end, this article by Venture Beat was none other than a sponsored piece on the ticket of the company Entefy. Entety is a company that works especially in technologies related to artificial intelligence. A look at the article at first glance and without a careful reading, you will come to be influenced by Entefy and its ideology.

That’s fine, but society may be right or wrong. After all, people working in a sector have many elements to convince, argue and seduce their audience. Their reflections are for the most part, very well reflected and constructed. But their expertise rises to the same level as their objectivity as an organisation, especially one that is geared towards the sector being discussed. And as such, the credibility of their claim is questionable. It is up to the reader to keep informed on the subject.

AI: job creation or loss – the debate goes on

I’m certainly not the right person to give a judgment with the most precision that AI will either create jobs or lead to job losses. But I take the side of being a conscientious objector on the subject of artificial intelligence and employment. And as I kept it at the beginning of this article, articles and studies are legion on the subject and nurture the already hot debate of employment and Artificial Intelligence.

Contrary to a clear and inflexible position, I must say that all of the remarks must be qualified. First, not to fall into the pro-industrial trap nor to delude ourselves into a Terminator world. Researchers like McAfee have demonstrated the negative impact of work automation on the middle class in all western countries. However, other studies show the positive impact of AI on job creation in the coming decades. If McAfee’s research looks negative, there is no pro or anti-AI position. The numbers are there and we have to go with the flow, at least for now.

One, McAfee, is based on the past and shows facts, whiles others make projections over several years with all the risks of externalities that can distort the numbers. One thing is certain, every technological transition has fundamentally changed our habits, our mode of consumption, and the industries we run. Artificial intelligence will do as much as the Internet, as much as quantum computing, and the impact of the mobile we know today.

So what’s next with AI and the Job Market?

So in the end, we can’t, for certain, say that artificial intelligence is coming to take away our jobs. We can’t also conclude that it will give us more jobs. But we know, for certain, that the technology is coming, and as big as the internet, it will affect us in the double sword way – both as a blessing and as a curse. It will be left to us to decide how it builds or destroys our lives.

However, let’s all keep our eyes opened on the new AI technologies that spring up around us, do our own analysis and see how we can survive as we build the future technologies.

Why B2B Marketplace is important for small businesses