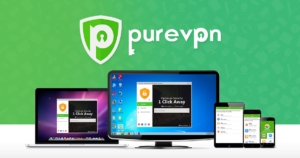 About a decade ago, only large businesses were threatened by cybersecurity issues. Globalization wasn’t as widespread as it is now. Most SMEs didn’t even use the internet for advertising, marketing, or any other purposes besides email.

Fast-forward to the present: the internet today has penetrated almost every household and business. Most growing businesses now consider internet as an important tool to market and sell their products to a larger and global audience.

Some businesses use the internet as a social media tool to connect with their customers. Others have websites and infrastructure that help them make millions in revenue each year.

Though most businesses consider the internet as a convenient medium to connect with people, we know by experience how harmful it is to put convenience over security for any organization. Any company, no matter if it’s small, medium, or large, is always in danger of getting cyberattacked by a hacker or a group of cybercriminals.

Online presence is really important in the modern era, but such presence can also make your business a target to all kinds of cyber threats lurking online.

No Organization is Safe from Cybersecurity Threats

The following are the most common cybersecurity threats that target both small and large enterprises:

Malware is software or a program that performs unwanted tasks on a system. You can understand what a nuisance it can be if you remember the Ransomware, NotPetya that spread and fatally damaged the PCs it came into contact with last year.

WannaCry was another dangerous ransomware program that damaged thousands of PCs across the globe. Malware exists in several forms. It can lock or encrypt files on your system and ask you to pay a Ransom to save your files from getting deleted.

Malware usually spreads via emails that employ phishing tactics. The receiver is usually enticed into opening links, or downloading attachments that have malware hidden inside them. Sometimes, hackers even take advantage of loopholes in your OS or device. An example can be the WannaCry attack that took advantage of an exposed bug inside the Windows 7 OS.

The biggest fear for any ecommerce business is to find itself targeted by DDoS attacks. DDoS attacks can seriously disrupt customer inflow to the company’s website. Powerful DDoS attacks effect the performance of any website, and can even damage servers fatally. The website loses the capability to deal with normal customer requests.

The outages caused by DDoS attacks can be catastrophic for any business. DDoS attacks usually last between 6-24 hours and cost an estimated £30,000 per hour, according to research from Incapsula, a DDoS prevention firm.

Phishing is a technique that involves tricking people into giving away their confidential information, passwords, etc. It is usually done via the use of malware programs that can steal information when they enter any system.

Hackers send emails with malicious links or attachments. The emails are written in such a way so as to induce the reader into clicking the links or attachments included in the email. Clicking on any such button will automatically download a malware program on a user’s system, which steals important and confidential information and sends it back to the hacker.

How A Business VPN Can Help Prevent These Threats?

A study of 3,000 companies in the UK, the US and Germany revealed that more than half (53%) of all businesses are ill prepared to deal with cyberattacks.

A Business VPN, as well as other tools like antivirus programs can help in avoiding malware of all kinds. A prominent VPN service, like PureVPN, has got advanced features that can spot out malware traveling on your internet traffic, and it can stop it from reaching your system.

Antivirus is another important tool that locates and deletes malware program that already exists on your system. Making sure that any loopholes are covered can also go a long way into protecting your system. To avoid loopholes, you’ll need to frequently update your OS and any software/applications that you are using.

You can learn more about Malware protection here.

As explained above, DDoS attacks can dangerously disrupt the online operations of any company. To ensure safety against DDoS attacks, we recommend that you make use of a business VPN service. An ordinary business may not have the resources to deal with a DDoS attack, but the servers and infrastructure provided by PureVPN service can help in dealing with and avoiding any sort of DDoS attacks on your website.

You can learn more about DDoS protection here.

Growing businesses like to think that they are safe from major online threats because they aren’t too big a target for cybercriminals. Such complacency can be extremely destructive for the security and even the survival of that organization.

Hackers don’t even spare innocent individuals. So would they spare businesses making thousands or millions in revenues each year? Ensuring that you have necessary precautions in place goes a long way in ensuring the survival of your business.