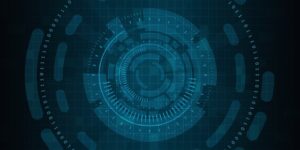 This week one of the 5 FTC commissioners went public on the Wall Street Journal to talk about the truly weird FTC/Qualcomm ani-trust action.  She didn’t praise the decision, which was virtually entirely to the FTC’s benefit, instead she lambasted it writing that it was an overreach to correct a problem that didn’t exist.

The decision also puts a pretty big cloud over corporate discussions and certainly more than implies that companies need to be far more careful about what they discuss and how they record those discussions.  This is because this decision appears to be founded on discussions that Qualcomm executives had on decisions that weren’t executed. In short, even asking a question or considering an action that might be considered illegal might result in penalties in line with what would have occurred had they executed and been caught.

Let’s talk about this legal insanity this week.

In effect this was a trial about Qualcomm’s business model which was based on practices that had been in place in the industry for decades.  What we now know, based on what came out of another trial and settlement between Qualcomm and Apple, is that Apple fabricated evidence and then used it to convince the FTC that Qualcomm was misacting.

The FTC then used a discredited expert to put forth his discredited theory that connected Qualcomm’s model with the potential for harm.  No actual harm was proven, and, during the trial it was proven that the expert’s theory, which had already been discredited in an earlier DOJ case, didn’t work.  It is fascinating to note that the expert’s primary defense (I was at the hearing) seemed to be that he was the smartest person in his field and anyone that disagreed with him was mentally challenged.

The DOJ concerned that the Judge was going to overreach attempted to enter this process on Qualcomm’s behalf.

So, you had no crime, the theory backing the potential for a crime was disproved, and the most powerful law enforcement entity in the country appeared to back Qualcomm.  Oh, and this all happened after the US administration recognized Qualcomm as a National Treasure and highlighted it as the primary US asset in the war to own the massive coming 5G market.

Then the Judge granted judgement for the FTC, discrediting all of Qualcomm’s witnesses, didn’t even mention the FTC lead expert (but still relied on his discredited theory) to render a decision against Qualcomm that would cripple the company.

So, to net this out, you had manufactured evidence, no crime, no potential for a crime, a disproven theory, and the Department of Fricking Justice on the other side and the Judge decided to make an anti-big company point.  My only thought to the cause is that she is setting up to be raised to the Appellate court under a likely coming Democratic purge (a good chunk of the Democratic platform for the next election is breaking up or otherwise curtailing big companies).

Now we add to this the WSJ article from FTC Commissioner Christine Wilson who argues that the Judge is kind of nuts.  You see the court case the Judge apparently partially relied on “Aspen Skiing v. Aspen Highlands Skiing (1985) has since been discredited.  It found that a company that once aided a competitor must always aid that competitor under a now disfavored “duty to deal” precedent. But this ruling even goes beyond that because it found that Qualcomm had a duty even though they had never aided a competitor voluntarily.  (I like the voluntary part because Intel had allegedly, with Apple’s help, stolen Qualcomm’s intellectual property).

The Judge so overreached that she didn’t even bound her order nationally and would conceivably force Qualcomm to provide attractive licensing terms to firms like Huawei.  As the commissioner points out foreign companies now don’t have to steal US companies’ intellectual property, based on this court order, they can simply demand those firms license to them instead.

She implies that if this order is allowed to stand it will enable the expropriation of American technology at scale and, I expect, the biggest beneficiary would be China.

The FTC’s case against Qualcomm always seemed incredibly weak largely because there was no evidence of wrongdoing and Qualcomm’s relatively small size (compared to Apple who allegedly brought the complaint) made it look like Goliath was calling little David a bully before the fight.   Still the Judge seemed to toss out the evidence and then use an interpretation of a disfavored precedent to not only attempt to cripple a company, but to cripple her own country. This is so insane that even the DOJ and an FTC commissioner have raised serious objections.

How Technology is Making Investing Easier

5 Reasons Why Employee Engagement Is So Important