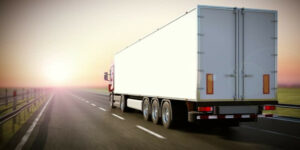 Who would’ve imagined 15 years ago that we would now be looking at the possibility of self-driving vehicles? It’s an exciting time, but for those who drive for a living, it can also be scary. If you’re a professional truck driver, what do you need to know about the future of automated trucks?

Though the end goal may be to have completely driverless vehicles, that time is still a ways off. Otto, which Uber purchased in August 2016, has been working to develop a self-driving truck to make deliveries. In fact, that same year it had a truck that successfully drove from Fort Collins to Colorado Springs in Colorado with 45,000 cans of Budweiser.

Despite all of this, companies are wary about having trucks on the road that are completely unmanned. Most of the development has focused on what they call “exit to exit.” This means having drivers drive the trucks to the highway and from the highway, with the automated systems taking over while on the highway. This reduces the algorithms needed for self-driving technology and makes regulations easier to line out. It also helps reduce the anxiety that completely driverless trucks might cause the public.

For truck drivers who have driven newer trucks, such as ones produced in 2014 or newer, you may have experienced features such as adaptive cruise control, which automatically adjusts your speed based on cars in front of you. This is a great feature because it ensures a proper following distance and keeps you from having to manually adjust your speed as traffic changes. It also can help prevent accidents if you lose focus and the vehicle in front of you slows down without you realizing it.

If you enjoy features such as this adaptive cruise control, imagine how much better it would be if the truck took over and you were essentially the same as an airplane pilot, who takes off and lands and then provides input throughout the flight without needing put a hand on the control column most of the time.

You’ll Likely Be Able to Sleep in Transit

Because of regulations, the number of hours a truck driver can drive in a week is limited to prevent fatigue. As of 2013, these regulations limited the time to 70 hours. With automated trucks, drivers may find those regulations changing to allow drivers to sleep while the truck continues to drive. That means you’ll be able to get to your destination sooner while still getting rest.

Automation Could Lead to Fewer Jobs

If you talk to professional truck drivers, you’ll get a variety of responses to these automated trucks. Some drivers aren’t worried because they believe there will always be a need for drivers no matter how great technology is. Others are very worried about losing their jobs sooner rather than later. Whether or not drivers will be replaced in five, 10, or 20 years, it seems like they will be replaced eventually.

Though it’s easy to worry about what the future holds for truck drivers, rather than focusing on what you’re losing, focus on what you can control. That may mean moving to a different industry, going back for more schooling, or something else entirely.

5 Tips to Make Moving with Kids Much Easier

Getting a Mobile Phone Number and SIM Card in the UK