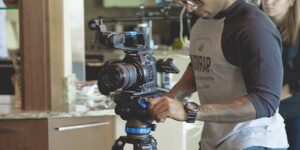 Unless you are among the very few to have been brought up in a household where video editing is the family business, you likely do not know everything about the industry. Video editing is a huge way to get a message out to the world or even make a substantial income. With the technology and video editing software available today, the options for the video editor are endless, but there are some things to keep in mind. Here are some video editing tips to make your videos outshine all other.

Any film editor will tell you that the first key to producing a top-quality film is with the abundance of video footage. Starting with just enough footage will mean that any edits made to the film will diminish the overall quality of the final product. Take shots from multiple angles and shoot scenes multiple times to ensure that there is an ample amount of material to start with to make the proper edits and improve the overall quality of the film. When it comes to video editing, having too much film is always better than not having enough.

Know Where You Are Going

Every good story starts with an idea, but just an idea will only take you so far. Just like writing novel requires some form of timeline to allow for the book to flow properly, a video requires direction in the form of a storyboard. Even if you have the artistic vision concreted in your head, it is always beneficial to put pencil to paper and produce a storyboard to allow everyone to be on the same page throughout production. Without a plan in place, your video runs the risk of not flowing properly throughout and that can make the viewer angry, confused, or just plain bored.

Special effects have been a part of the film industry from the time sound entered the scene. We often think of special effects as primarily being about explosions and pyrotechnics to make the film more enjoyable. All of the sights and sounds used in a film can be classified under special effects. New video editing software allows the user to flawlessly improve the film with the use of special effects. Watching a film without special effects such as music, sound effects, and yes even exciting entities such as explosions is just boring and the audience is not likely to give rave reviews to boring or average film productions.

The End and Beginning

Video editing software is not just about adding special effects throughout the film. It also allows the film to have a good intro and exit. The premise of an intro and exit is to sandwich the film between two well thought out bookends. A good intro introduces the film to the viewer while a good final scene and exit allows the viewer to maintain good feelings about the film. Both are essential to the overall success of the film as patrons often remember the first thing they see in the film as well as the last. Even if they do not vocalize that aspect, their subconscious will pick up on it.

Video editing is an exciting world in which the user is able to create a world they want to live in. it is full of an endless stream of possibilities provided you have the right software and the drive to make it all happen.

Not Enough Space? A Storage Unit Can Help!

The Logitech G433: The best of two worlds