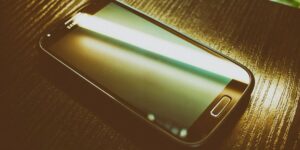 It was in the year 1969, the MNC, Samsung Electronics Co., Ltd. was formed. It was headquartered in Suwon, South Korea. Right from electronic semiconductors to televisions to smartphones, Samsung is in every domain of Electronics now. It has successfully become one of the biggest in the market of smartphones. Let’s learn about some of the amazing Samsung devices, which have already taken the world by storm.

The launch of Samsung Galaxy S8 and S8 Plus in this year has made a revolutionary buzz in the world of electronics. The smartphone has successfully been crowned to be the smartphone ahead of the league. It has emerged to be one of the best Android smartphones. The infinity screen display with superb clarity, the dual pixel technology of the camera, water resistant feature of upto approximately half an hour, KNOX security system with Iris scanner, fingerprint reading and facial scanning technique, outstanding battery, efficient charge technology and a virtual assistant, Bixby are some of the salient features of these smartphones. You can access the Samsung smartphones from Harvey Norman.

It makes use of the wireless charging technology and promotes 1.4 times faster charging facility to the Samsung electronic devices, namely, Samsung Galaxy S7 Edge, S7, S6 Edge Plus and Note 5. It has provided the wonderful facility to bid adieu to the charging wires and cables. It is one of the stylish Samsung accessories certified by WPC. It makes use of the inductive charging property and has a built in LED indicator lamp to alert you about the charging status of the device.

This Battery pack has a unique feature of accommodating 2 ports, the standard USB ports and Type-C USB Port. The battery pack is available in two distinct colors, navy blue and silver. It is portable and has the potential to charge two full charges from 0 to 100 percent for two smartphones at one go.

This is yet another feather in the cap of Samsung. This Second generation amazing electronic device helps to turn the Samsung smartphones, Galaxy S7, S7 Edge, Note 5 and S6 Edge Plus into a VR device. This Samsung Gen 2 Virtual Reality Headset is one of the amazing Samsung accessories of the year 2017.

If you’re all set to take the quality of videos and photo shoot to a whole new level, Samsung has bestowed you with the Samsung gear 360 this year. It provides the facility to broadcast live or record in 4K. You can now capture the little special moments of joy with this amazing Samsung accessory and make every moment memorable. The videos captured are clear with high definition. You can simply shoot and share the content just in a few taps and provide a sneak peak to your life events absolutely at ease.

The clear view feature of the Samsung case for Galaxy S8 make the standing case unique. It acts like a support for holding the smartphone at optimal viewing angles. You also get the option of personalizing the phone to the various icons through the semi-transparent cover in the front. The case not only is a support to the smartphone but also acts as a protection as well.

Thus, not only the flagship to the Samsung Galaxy series, which has posed a great challenge to the Apple’s iPhones, the various Samsung accessories have made a revolutionary impact in the lives of the individuals of the world to a huge extent. Once you have your phone, it’s now time to grab the various accessories.

Everything you need to know about reseller hosting