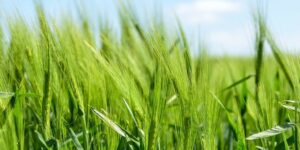 Farmers in the United States are constantly struggling to make ends meet. Part of the problem is the logistics involved in getting products from farm to table, but one company is looking to circumvent the process by creating a fully automated farming distribution center right outside many cities. A private firm Bowery Founds is attempting to automate the farming process and reduce the costs of distribution by using technology to grow products.

The Demand for Organic Products

Demand for organic products continue to grow. Protein demand has skyrocketed during the past year. According to the US Department of Agriculture, the number of organic chickens slaughtered have increased nearly 3-fold in the past 12-months. Organic produce demand has grown significantly, as consumer look for non-genetically modified foods.

The problem that consumers face is the high cost of organic products. For example, the retail price for organic corn is nearly 4-times the cost of conventional corn. This is for several reasons including the cost to farming corn, the time it takes to receive certification which takes 3-years to growth grains, and the loss of crop due to pests.

Additionally, fraudulent organic products have been flooding into the United States which has help satiate demand, and cap prices. The recent detection of fraudulent organic grains, which include corn, soybeans and wheat from Turkey in the U.S. drove the Organic Trade Association to form a task force to detect fraudulent activity. Certifiers of organic products are now asking traders to show that there is certification back from the original farms that produced the products.

In addition, a weaker dollar in the forex markets make imports more expensive to purchase in the United States. If the dollar continues to move lower if the Federal Reserve keeps interest rates on hold for the balance of 2017, consumers will turn to domestic products to feed strong demand.

Technology at the Farm

One of the ways Bowery believes they can circumvent some of these issues is to grow most of the crops indoors using LED lights. While the USDA has not ruled yet on whether hydroponic growth can be considered organic, there is demand for this product. In the last decade, the costs of LED lights have dropped nearly 85%, while the efficiency of these lights has surged. LED lights can be used to grow plants, making these farms very efficient.

Additionally, there are now software programs that can analyze a plant and specifically determine what is needed to create a better product. In real-time algorithms can evaluate the soil and water as well as analyze a plants DNA. The algorithms are constantly changing given produce the best chance to flourish.

Most of the farms will be right outside major cities, at most 20-miles from a major metropolitan urban center. This will provide for lower distribution costs, and reduce spoilage that is due to transportation. Farm to table will become much more efficient and given the robust demand, this technology driven approach could be successful.

How to Use Social Media to Increase Customer Engagement

The Right Way to Clean Your Car