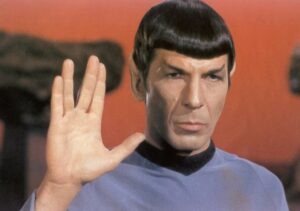 Early this year, we lost Leonard Nimoy, who was arguably the best known actor on Star Trek. Spock, with his motto of Live Long and Prosper, was a big inspiration to many of us, whether we were Trekkies or not, and now Nimoy’s son is trying to raise money for a documentary on his legendary father.

As Uproxx reports, the documentary is called For the Love of Spock, and it has a goal of $600,000. According to the Kickstarter page, there are 918 backers so far, with twenty-seven days to go.

As Adam Nimoy explains on the Kickstarter page, his father was interested in doing a documentary on the origins of Spock to coincide with the show’s 50th anniversary next year. Bringing the character full circle, Zachary Quinto has also agreed to narrate the documentary.

So check out the Kickstarter page for this, and check out the website as well, www.ForTheLoveOfSpock.com, and if you feel inclined, and help the Nimoy father honor thy father.

What’s Up With the New Star Wars Comic?