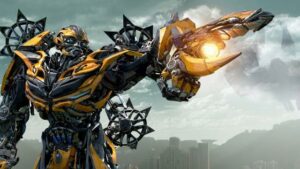 Women have gotten more and more into geek stuff over the years, thank God, good looking women too. Some have speculated that in recent years women have been getting into geek stuff to keep up with their boyfriends, and now there’s Transformers for females as well.

As the Hollywood Reporter tells us, there will be a new female-only gang of Transformers, and as an executive at Hasbro said, “Our female fans have demanded to be part of the story. To have them be represented as well is something that’s only natural.”

There will be six female Transformers that will be unveiled in Transformers: Combiner Hunters, a new comic series from IDW Publishing, and then the toys will be hitting stores shortly after that.

So while we’re not sure how big of a female audience Transformers has, but apparently there has been some demand from females for their own gigantic robot toys, and we say why not? We’re curious if there will be female transformers in the upcoming movies, and perhaps there will be considering there’s plans for an expanded universe, a la Star Wars.