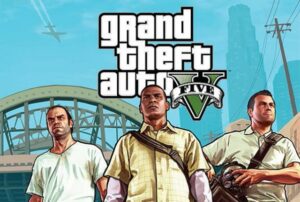 No, Grand Theft Auto isn’t being adapted into a movie, although that wouldn’t be surprising news with the latest Fast and Furious movie making big bucks hands over fist. Actually, the news is that a biopic about the man who created the game, Sam Houser is in the works, and Harry Potter himself is up to play him.

Collider and The Hollywood Reporter tell us the movie, which is indeed called Grand Theft Auto, will be about the game company fighting against a Florida attorney who went after the company over the violence of the game. This role should also be a coveted one, and one that’s great fun to play.

While there’s a number of video game adaptations in the works right now, this could make an interesting movie like we’ve never seen before, a courtroom drama where the video game is not the main subject, but freedom of speech.

According to these reports, Grand Theft Auto is going into production on April 20, and we wouldn’t be surprised if there will one day be a movie adaptation of the game as well, although Fast and Furious comes sort of close, without the hookers of course.

Game of Thrones Season Five First Review is In