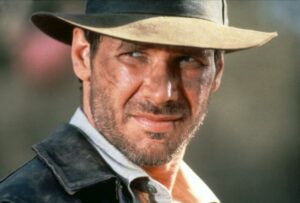 As we’ve all heard by now, Harrison Ford had a crash in a private plane on a Santa Monica golf course. While he definitely got banged up, he was able to walk away from the crash.

As USA Today reports, Ford was flying a vintage World War II plane, which apparently had engine trouble, and had to make an emergency landing on the previously mentioned golf course. “He was banged up and is in the hospital receiving medical care. The injuries sustained are not life threatening, and he is expected to make a full recovery.”

Ford’s son Ben, who is a chef, tweeted, “Dad is ok. Battered, but ok! He is an incredibly strong man.”

So while Ford is not really nuts about the great genre roles that made him famous, or about acting in general, he’ll always be a geek icon for playing Han Solo and Indiana Jones. We certainly wish him a speedy recovery, and look forward to seeing him again on the big screen in Star Wars The Force Awakens.

How to Build a Back to the Future DeLorean