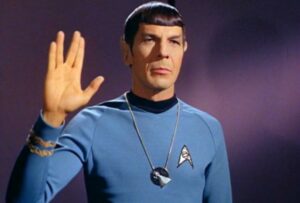 In the space of a week, we’ve lost two Star Trek greats. Leonard Nimoy of course, and Harve Bennett, the producer who resurrected the franchise with The Wrath of Khan.

In later years, Nimoy wasn’t well enough to appear on The Big Bang Theory in person, but he did provide his voice for the show, most memorably in season five where he helped bring a Spock action figure to life.

So in Nimoy’s memory, he was given a “vanity card” at the end of the show, that left a very simple, heartfelt message to the man who gave us Spock:

The impact you had on our show and on our lives is everlasting.

Rock Band is Officially Back