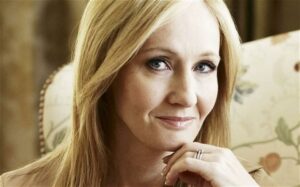 Harry Potter ended with Harry Potter and the Deathly Hallows, and everybody knew it and accepted it. Yet the news has also hit that the franchise would continue as a prequel, as well as other stories in the Potter universe as they say in the modern vernacular.

Now Twitter has been abuzz with speculation, thanks to Potter creator JK Rawling herself. It was a mysterious tweet, and it indeed refers to a Potter prequel, Fantastic Beasts and Where to Find Them. As Time reminds us, it will be a big screen trilogy. The tweet in question read: “Newt Scamander only meant to stay in New York for a few hours.”

A Potter fan figured out that this line is the first sentence in a synopsis of Beasts, and Rowling confirmed, “It isn’t part of the script, but sets the scene.” Another tweet from Rowling read: “Cry, foe! Run amok! Fa awry! My wand won’t tolerate this nonsense!”

We’ve known that more Harry Potter spinoffs have been in the works for some time, and there’s even plans to bring Harry to the stage in London, and it will reportedly be a prequel of Harry’s life pre Hogwarts. Much like the Star Wars universe, there’s apparently still many stories to tell in the Potter universe, and it’s nice to see Rowling returning to the magical world she created.

Can you use a 3D printer to print another 3D printer?

Star Wars: Spoil This and Die